In a recent decision, Paid Search Engine Tools, LLC v Google Canada Corporation et al, 2020 FC 992, the Federal Court dismissed a motion brought by the defendants, Google Canada Corporation, Google LLC and Alphabet Inc. (Google), who were seeking an order directing the determination of a question of law: does the six-year limitation set out under section 55.01 of the Patent Act (the Act) apply to “reasonable compensation” claims under section 55(2) of the Act?

The court found that the question put forward was not a pure question of law, as the limitation period under section 55.01 of the Act  is subject to the principle of discoverability.

The plaintiff in the main action, Paid Search Engine Tools, LLC (PSET), is the owner of Canadian Patent No. 2,415,167 (‘167 Patent). The ‘167 Patent application was published on January 10, 2002, and after some delay in examination, the patent finally issued on March 21, 2017. On January 12, 2018, PSET filed a statement of claim, seeking a declaration from the court that Google infringed its ‘167 Patent. PSET also sought “reasonable compensation” pursuant to section 55(2) of the Act.

Google brought a motion seeking the determination of a question of law, pursuant to rule 220(1)(a) of the Federal Courts Rules: “Does the six-year limitation in section 55.01 of the Patent Act apply to a claim for ’reasonable compensation’ for ’any damage sustained’ pursuant to section 55(2) of the Patent Act such that in the present action no remedy, including no reasonable compensation, may be awarded for any act of infringement committed prior to January 12, 2012?” (the Question).

Section 55.01 of the Act states, “No remedy may be awarded for an act of infringement committed more than six years before the commencement of the action for infringement.”

Motions on a question of law

Rule 220(1)(a) motions are an exceptional measure; the court should only grant such motions when specific criteria are met, as established in Berneche v Canada, [1991] 3 FC 383 and if it will save the parties time and expense, as explained in Perera v Canada [1998] 3 FC 381. Three requirements must be satisfied to succeed in a Rule 220(1)(a) motion:

First, the court found that the Question is not a pure question of law. The court held the discoverability principle, a rule providing that a cause of action arises when the material facts are known, or ought to have been known by the plaintiff, applies to section 55.01 of the Act, and consequently, the relevant facts surrounding PSET’s knowledge of the infringement and the crystallization of its cause of action will need to be evaluated. The court additionally noted a potential discrepancy between the English and French versions of section 55.01 of the Act, finding this “is something that should be fully argued and explored.”

The applicability of the discoverability principle on the limitation period found in section 55.01 of the Act had not yet been resolved by the courts. The court considered the text of section 55.01, which provides that, “No remedy may be awarded for an act of infringement committed more than six years before the commencement of the action for infringement.” The court followed the guiding principles set out by the Supreme Court in Pioneer Corp v Godfrey, 2019 SCC 42, ultimately finding that, “The limitation period in section 55.01 of the Patent Act is triggered specifically by the occurrence of an element of the underlying cause of action – the commission of the act of infringement of the ‘167 Patent.”

As such, the court concluded the discoverability principle applied to the limitation period of section 55.01. The court comments that because it concluded the Question is not a pure question of law, it is sufficient to dismiss Google’s motion. However, the court continued to assess the other criteria to give a complete overview of the situation.

Second, Google’s argument that the only facts relevant to answering the Question are uncontroversial and uncontested was dismissed. Based on its conclusion that the discoverability principle applies to section 55.01 of the Act, the court found there are disputed facts necessary to answer the Question.

Third, because the discoverability principle applies to section 55.01 of the Act, PSET will still be able to rely on the applicability of the limitation period. Therefore, if the court answered the Question, it would not be conclusive of the legal issue.

Finally, the court relied on the six factors set out in Apotex Inc v Pfizer Ireland Pharmaceuticals, 2012 FC 1302, to determine whether stating the Question for determination would save time and expense for the parties. Noting that the litigation would continue regardless of the answer to the Question, that there is no evidence the discovery process would be simpler, that the Question is important, and that the losing party would very likely appeal the decision, the court found the factors did not support a conclusion that answering the Question would save time and expense.

Due to the exceptional nature of a 220(1)(a) motions and the court’s findings on the discoverability principle, Google’s motion was dismissed. The court did not make any finding on the limitation period’s applicability to remedies under section 55(2), leaving this question for the court’s determination at trial. Costs of $2,500 were afforded to PSET. 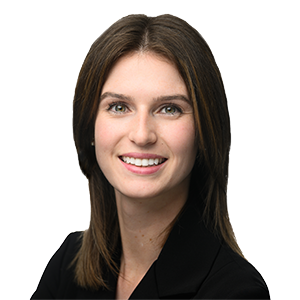 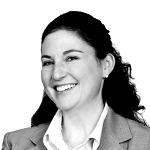