On November 1, the BC Utilities Commission (Commission) released its final report (Final Report) in the "Inquiry Respecting Site C" (Inquiry).

In short, the Commission Panel (Panel) suggests that a basket of renewable projects has a comparable cost as completing the controversial Site C Hydroelectric Project (Site C or the Project), leaving to government the task of comparing (a) dam construction cost risk against future renewable technology cost risk, and (b) how to deal with the substantial costs already spent and associated termination/remediation costs.

More specifically, the Final Report analyzes the implications, and notably costs, of three options for Site C: (1) Completion, with a risk of an in-service date later than 2024 and a cost of over $10 billion; (2) Termination, with the combined termination costs (estimated at $1.8 billion) and the costs to secure generation from alternative sources being comparable to completing Site C (the Panel did not include $2.1 billion in sunk costs in this calculation) and (3) Suspension with the opportunity to resume construction by 2024, with an estimated cost of $14.8 billion.

The scope of the Inquiry was vast. In addition to dam-specific issues, it touched on long-term system planning, emerging renewable generation technology with uncertain future costs, long-term rate forecasts, and rate design options. Despite this scope, the Inquiry was not a standard commission hearing. The Commission’s consultant Deloitte LLP played a prominent evidentiary role, timelines were short, participants did not have to meet a “standing” test, and no party was subject to cross-examination.

The Final Report also discusses cost recovery mechanisms, alternatives to the Project, and other implications for ratepayers and the public. Although the Panel’s Final Report does not recommend any particular course of action, the Panel’s analysis and findings will inform the provincial government’s decision on how to proceed on one of the largest infrastructure projects in BC history. The Panel’s analysis will also undoubtedly influence how BC Hydro approaches future applications to the Commission on a wide spectrum of issues.

Key findings from the Final Report

Ratepayers will likely face moderate rate increases under each of the three options. The Panel’s statement that the Project could ultimately cost over $10 billion has received significant media attention. The $10 billion threshold is approximately 12 percent above BC Hydro’s latest estimate of $8.945 billion, and 20 percent above the budgeted $8.335 billion figure that the panel described as “reasonable,” “internally consistent,” and expected to be recovered over a 10-year period. While it accepted BC Hydro’s analysis of its historic industrial load forecast variances, the Panel expressed skepticism about BC Hydro’s assumption of a zero real rate increase after 2024, finding instead there is “considerable upward pressure” on rates until and beyond 2024. Further, the Panel rejected BC Hydro's industrial "demand elasticity" assertions, raising concerns about the potential for rate increases to result in “demand destruction” for industrial customers.

The Final Report rejected certain BC Hydro evidence. The panel identified, at several points in the Final Report, information that BC Hydro had not updated or elaborated on sufficiently, and that appeared to receive less weight in the Final Report as a result. There was little corresponding recognition that Inquiry timelines were unusually compressed. Neither BC Hydro nor participants were subject to cross-examination on their positions, only Panel questions during the two-day technical presentation sessions.

The Panel’s Final Report will be used to guide the new NDP government in deciding how to proceed. Government is expected to announce its decision on the Site C project’s future before 2018.

The Site C Project is the third dam and hydroelectric generating station being built by BC Hydro on the Peace River. Site C is forecast to provide a peak capacity of approximately 1,145 MW and 5,286 annual GWh of electricity. The Project was exempted from the requirement to obtain a Certificate of Public Convenience and Need from the Commission by the Clean Energy Act, but completed environmental assessments through a federal-provincial joint review panel hearing process in 2014, received a positive final investment decision from the province in December 2014, and survived several judicial challenges. Construction is currently well underway.

After the May 2017 provincial election, the Commission was directed by Cabinet to advise the new NDP government on the Project by answering the four questions posed in the Site C Inquiry’s Terms of Reference, which are:

On September 20, 2017, the Panel issued a preliminary report of its findings based on information filed by BC Hydro, two independent reports prepared by Deloitte LLP, and various third-party submissions. At that time, the Panel made preliminary findings concerning a variety of matters, including confirming the project was on schedule. It found the information insufficient to assess the cancel/suspend scenarios at that time.

The panel also held a series of community input Sessions, First Nations input sessions, and technical sessions throughout the province.

The Panel’s Final Report addresses the four questions identified above, and also provides an overview of submissions from the public and First Nations on issues beyond the scope of the Inquiry, including concerns about the socioeconomic effects, treaty and Indigenous rights, and environmental impacts of the Project. Before its analysis of the three cases (i.e., complete, terminate, or suspend Site C), the Panel discusses BC Hydro’s current load forecast and resource balance and surplus energy and capacity issues, all of which inform the Panel’s analysis of costs and potential alternatives. In the Final Report, the Panel found BC Hydro’s “mid” load forecast to be “excessively optimistic” in light of recent industrial developments in BC, and used the low load forecast for its findings throughout the Final Report, noting that electricity demand could be less than even the low forecast.

The panel confirmed its earlier findings that the Site C is currently on schedule for an in-service date of November 2024, but there are significant risks to the project schedule, and the panel is not persuaded it will remain on schedule. Most significantly, BC Hydro recently announced it will be unable to meet its milestone river diversion date of September 2019, losing its one-year schedule contingency.

The Project is not within the proposed budget of $8.335 billion, and may cost over $10 billion to complete due to significant risks of further budget overruns. The panel updated its earlier findings and identified potential costs associated with BC Hydro’s missed river diversion and numerous geotechnical and contractor issues yet to be  resolved. Because the Project is at an early stage of construction, there is much uncertainty. As a result, the panel accepted Deloitte’s analysis that in a “high impact” scenario, the Project budget may be exceeded by between 20 to 50 percent. The panel was not, however, persuaded by third-party submissions that capital costs could reach $12 billion.

The Panel considered whether another portfolio of commercially feasible alternative generation and demand-side management initiatives could provide similar benefits to Site C at a similar or lower unit energy cost (UEC). The Panel concluded it is possible to design an alternative portfolio with similar benefits, at a lower UEC than Site C but at a slightly higher overall cost to ratepayers. The Panel identified flaws in BC Hydro and Deloitte’s proposed alternative portfolios on the basis both were insufficiently transparent or focused. Instead, the Panel preferred the Illustrative Alternative Portfolio (IAP) that Commission Staff prepared during the Inquiry (despite the accelerated timelines). The Panel found the IAP met the necessary criteria for generation at a lower UEC ($31.64/MWh for the IAP, compared to $44.35/MWh for Site C), but at a slightly higher cost to ratepayers ($3.234 billion for the IAP compared to $3.188 billion for Site C). The Panel does not ascribe an overall cost to the IAP’s alternative generation, and instead provides sensitivity analyses to show how changing input variables impact ratepayers overall. The Panel expressly recognized that some parties might challenge whether taxpayers (i.e., BC Hydro's shareholder) ought to pay for sunk costs instead of ratepayers in the future, but took no position and did not adjust the UEC or otherwise consider those costs in the UEC analysis.

The panel stated that suspending construction on Site C with the option to resume by 2024 is the most expensive and risky scenario. With some adjustments to the estimated $13.6 billion figure provided by BC Hydro, the panel estimated the cost to suspend, restart, and complete Site C as $14.812 billion. 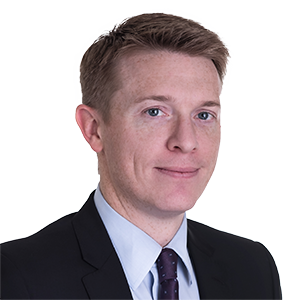