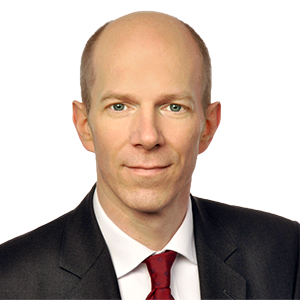 Dr. Benedikt Gillessen is a corporate lawyer based in Frankfurt. He advises in a number of areas of company law, with a particular focus on issues related to capital market transactions and stock corporation law.

He has about 20 years of experience advising both domestic and foreign issuers and investment banks in the course of initial public offerings (IPOs), capital increases, public takeovers (including takeover defence), the issuance of convertible bonds, and similar capital market deals, often involving complex cross-border structures. Benedikt has worked with issuers in an array of business sectors, regarding listings on both German and international stock exchanges. He also gives advice to issuers, the members of their management and advisory boards as well as investors especially with regard to their duties resulting from the admission to listing of securities to a German stock corporation (Capital Markets Compliance), and to general questions under corporate law.

Benedikt uses his broad capital market knowledge and experience to steer clients through the complexities of major deals, thereby ensuring that issuers successfully execute the strategic transactions necessary for their growth and prosperity.

Benedikt has repeatedly been recognized by various leading legal publications. Legal 500 Deutschland 2017 recommends him for ECM and quotes a client describing him as 'proactive, never confrontational and nevertheless drives a hard bargain'. In Chambers Europe 2017, he is ranked for ECM and described by clients as 'highly responsive and open in his communication' and he was referred to as 'he knows where to make the points and is sensitive regarding the relationship between the issuer and the bank'. Both publications also rank him in their 2018 editions. In addition, he was selected by his peers for inclusion in The Best Lawyers™ in Germany 2018 for the sixth time in the fields of Capital Markets Law and Debt & Equity. In Who's Who Legal Germany 2017 he is listed among the 'Experts in Debt and Equity' as well as 'Experts in Capital Markets'.

Prior to joining us in 2017, Benedikt worked for many years in the corporate and capital markets groups of two other leading international law firms in Frankfurt and with an international investment bank in London.