In a highly anticipated announcement made yesterday afternoon, Ontario released a preview ofthe proposed model for brick-and-mortar retail of recreational cannabis. As we previously reported, Ontario’s new government announced last month that it would be abandoning the previous government’s plan to open government-run retail stores in favour of a private retail model. While we await the proposed legislation – which the government announced will be released today – below are some of the most interesting tidbits from the government’s announcement:

The government confirmed that the sale of cannabis in private retail brick-and-mortar stores will begin on April 1, 2019. Applicants will have to apply for, and get, two types of licences for each retail store location: a retail-operator licence and a retail store authorization. The application process will be overseen by the Alcohol and Gaming Commission of Ontario (AGCO). The Ontario Cannabis Store will have the exclusive right to sell recreational cannabis online in Ontario, and will be renamed the Ontario Cannabis Retail Corp. (OCRC).

Eligibility requirements for getting the coveted retail licences remain unclear, although we learned some things from the government’s announcement. We know there will not likely be an initial cap on the number of licences available to retailers, although we may see limits on the number of retail store licences a single operator can hold imposed at a later date. The government also announced that any federally licensed producer will be restricted to a single retail licence at a single production site in Ontario. The AGCO will issue a public notice of applications in order to prompt and receive public input regarding proposed store locations. Finally, persons operating illegal dispensaries after October 17 and persons convicted of certain offences or engaged in organized crime may be banned from applying for a licence.

Stay tuned – we’ll continue to blog as we get more information about the proposed legislation.

The authors wish to thank articling student Daniel Weiss for his help in preparing this legal update. 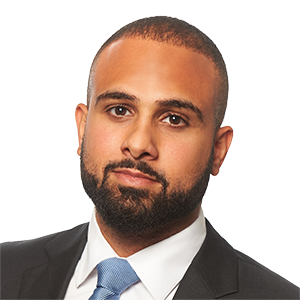