Alexion Pharmaceuticals Inc. brought two judicial reviews in relation to the Patented Medicine Prices Review Board’s (the PMPRB or the Board) excessive price proceeding over its drug SOLIRIS® (eculizumab). The Attorney General successfully brought motions to dismiss both proceedings. Alexion appealed the motions and the Federal Court dismissed both appeals. In doing so, the court upheld the constitutionality of the Patent Act’s pricing provisions and the Board’s powers to add additional excessive pricing allegations shortly before a Board hearing.

In September 2015, Alexion brought a judicial review application challenging the constitutionality of the Patent Act’s excessive price provisions(ss. 83-86 and part of 87(1)).

As we reported, Prothonotary Aalto struck Alexion’s application in part on the grounds that the Federal Court of Appeal had fully determined that the provisions were constitutional in Attorney General (Canada) v Sandoz Canada Inc, 2015 FCA 249.

Alexion appealed the decision, arguing it had expert evidence that was not before the court in Sandoz and that it should be entitled to a fresh opportunity to more fully litigate the constitutionality of the pricing provisions.

On December 28, 2016, the Federal Court dismissed Alexion’s appeal. The court agreed with Prothonotary Aylen that Sandoz is binding authority, and held that was no basis for revisiting the constitutionality of the provisions.

In June 2016, Alexion sought review of an interlocutory decision from the Board’s SOLIRIS® proceeding, which allowed the Board staff to file an Amended Statement of Allegations a month before the hearing was scheduled. The Board’s amendment alleged a new basis for excess revenue on the lowest international price comparison test (the “LIPC Test”). As a result of the amendment, the hearing was adjourned.

As we reported, Prothonotary Aylen struck Alexion’s application as she was not persuaded by Alexion’s arguments that “the amendments directly violate the most basic notions of the rule of law and due process” by permitting the potential retroactive application of the LIPC Test, which was not articulated in the PMPRB guidelines when SOLIRIS® first came on the Canadian market. Prothonotary Aylen held that the amendments were only pleading alternative remedies and were not a retroactive application of regulatory requirements.

Alexion appealed the decision, and on December 28, 2016, the Federal Court dismissed Alexion’s appeal. The court held that Alexion’s retroactivity arguments and the applicability of the LIPC Test could be made before the Board at the pricing hearing, and if necessary, on a subsequent application for judicial review of the Board’s decision.

The PMPRB SOLIRIS® hearing is scheduled to begin on January 16, 2017. 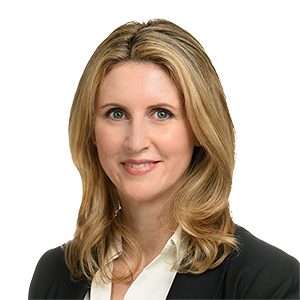