For centuries now, scientists and scholars have taken an interest in hydrogen, both its production and its use as an energy source. So why the sudden craze for hydrogen?

This text explains not only the attributes that could make hydrogen the power source of choice for the future, but also the challenges that hydrogen will need to overcome to achieve this status.

Production: As a fuel, hydrogen is a clean power source: its combustion produces no CO2 emissions, only water vapour!

Some methods used to produce hydrogen do, however, generate significant emissions.

Hydrogen is a major source of carbon emissions if it is produced using natural gas reformation or the gasification of hydrocarbons like coal. In fact, hydrogen produced in this manner is called grey hydrogen. Other methods that can capture these carbon emissions produce a “cleaner” fuel referred to as blue hydrogen. Recent technological innovations can be used to produce green hydrogen, i.e. hydrogen produced by electrolyzing water using a renewable energy source.

The water electrolysis process is fairly simple: a water molecule (H2O) is subjected to an electric current by means of two electrodes in order to separate the oxygen (O) and dihydrogen (H2) molecules.

Using a renewable energy source to power the electrolyzer ensures that the production is “green.” Today’s craze isn’t so much for hydrogen as it is for green hydrogen. Only problem is, less than two per cent of the hydrogen produced worldwide is green.

When its applications and uses are destined to take place far from its production site, hydrogen must be compressed or liquefied (using electricity), making storage and long-haul transportation complex and costly. Hydrogen can generally be transported in four forms: compressed hydrogen, ammonia, liquefied hydrogen and in liquid organic hydrogen carriers (LOHC) such as naphthalene or benzene. Depending on its form, hydrogen can be transported by tank (truck, ship and train), gas pipeline or in bottles. The natural gas pipeline network’s existing infrastructure can also be used to transport hydrogen by mixing the fuel in with the natural gas.

The compression and liquefaction required to transport and store hydrogen are energy-intensive, respectively taking up to 15 per cent and 35 per cent of the hydrogen’s original energy content. The power needed to perform these operations (power that might come from non-renewable sources) could therefore adversely affect hydrogen’s global carbon index over its life cycle.

Briefly put, hydrogen can be produced, transported and stored responsibly, in terms of carbon emissions, provided the electricity used for these three steps is renewable.

Road transport: Hydrogen-powered vehicles are one solution for decarbonizing road transport (buses, cars and trucks). Their short refuelling times and lighter weight (compared to battery-powered electric vehicles) make them especially useful for long-haul and heavy-haul transportation. Japan, the United States, the EU and South Korea have the largest fleets of hydrogen-powered vehicles, but many other countries will soon be following suit. Quebec announced last November in the Legault administration’s 2030 Plan for a Green Economy that it would be prohibiting the sale of new gasoline-powered vehicles as of 2035. This measure should accelerate the adoption of fuel cell electric vehicles. Note that several car manufacturers have launched or announced the impending arrival of these types of vehicles.

Trains, boats: Hydrogen can be used to power trains and boats. Hydrogen trains can be refuelled in under 20 minutes, run up to 18 hours without refuelling and cover distances of up to 1,000 kilometres at a maximum speed of 180 kilometres per hour.

Mixing: Green hydrogen can be added to other fuels (diesel, natural gas, etc.), thus making them cleaner. The distinct properties of hydrogen do, however, require fibre-reinforced polyethylene or polymer distribution pipes. Mixing hydrogen into the existing gas infrastructure is currently being tested in several countries throughout the world. Up to 10 per cent of hydrogen can be added to natural gas in pipelines without altering its energy properties.

In Quebec, Evolugen, a subsidiary of Énergie Brookfield, and Gazifère Inc., a subsidiary of Enbridge, announced the construction of an electrolyzer in the city of Gatineau, close to Evolugen’s hydroelectric power plants. The green hydrogen produced on this site will be injected into Gazifère’s natural gas distribution network. A few weeks earlier, Enerkem, Shell, Suncor and Proman announced a biofuel plant project in Varennes that will be powered by the green hydrogen produced by Hydro-Québec.

Chemical products: Hydrogen is a core component of a large number of industrial chemical processes, notably the refining of petroleum and production of fertilizer, ammonia and methanol. Using clean hydrogen helps reduce the emissions these processes generate.

Low density: Hydrogen storage and transportation are costly and energy-intensive due to the fuel’s low density.

Safety: Although hydrogen is non-toxic and quickly dissipates into the air, it remains a highly flammable gas, making its transportation, storage and handling a costly and complex adventure requiring specialized equipment.

What are regulatory and legal challenges associated with developing hydrogen? 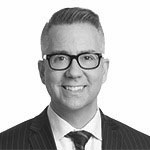