There is currently a short window of opportunity to provide input on the UN’s zero draft of a Legally Binding Instrument to Regulate, in International Human rights Law, the Activities of Transnational Corporations and Other Business Enterprises (the Zero Draft). This treaty could have far-reaching implications for Canadian businesses involved in transnational activities.

The UN Human Rights Council’s Intergovernmental Working Group on Transnational Corporations and Other Business Enterprises with respect to Human Rights (the Working Group) released a report on February 6, 2019, summarizing the fourth session of negotiations on the Zero Draft. The Zero Draft is an attempt to build off the 2011 UN Guiding Principles on Business and Human Rights (UNGPs) by creating a legally binding set of business and human rights obligations for states and corporations with transnational activities.

States and other relevant stakeholders, including businesses, are encouraged to submit their comments and proposals on the Zero Draft to the Working Group secretariat at igwg-tncs@ohchr.org no later than February 28, 2019.

About the Zero Draft negotiations

The current drafting process has been guided by the UN Office of the High Commissioner for Human Rights, state representatives, civil society groups and industry stakeholders. While Canada has not participated in the process, several other OECD countries, including France, Germany and the UK, have attended and contributed to the discussions.

The first and second sessions of the Working Group in 2014 and 2016 were dedicated to deliberations on the content, scope, nature and form of a future treaty. At the third session in 2017, the Working Group discussed the elements to be included in a draft legally binding instrument. Following these consultations, the Zero Draft and optional protocol were published on July 16, 2018.

The fourth session took place in October 2018 in Geneva, using the Zero Draft as a basis for starting the second phase of negotiation.  Significant time was spent discussing the creation of an international victims’ compensation fund, and the interplay of domestic, regional and international legal liability. Some stakeholders raised concerns about the scope of “transnational activities,” arguing the treaty should be binding on all corporations and state-owned enterprises.

However, the Zero Draft recognizes that states hold the primary responsibility regarding human rights. On the other hand, many stakeholders agreed that prevention through human rights due diligence (HRDD) was a key part of the Zero Draft.

Participants agreed to continue negotiations and consultations toward a viable binding international treaty on business and human rights and to schedule a fifth working group session in late 2019.

The Zero Draft’s provisions: building on the UNGPs

Below is a summary of the articles as currently drafted and discussed at the fourth session:

Although it is far from being a final document, and still has many difficult legal issues to overcome, such as jurisdiction and renvoi, the Zero Draft process has potentially radical consequences for states and companies engaging in transnational activity. If completed, the treaty will be legally binding upon states who sign and ratify it, which is a significant departure from the UNGPs. It also contains novel propositions that go beyond what many domestic laws already provide, and imposes an obligation on states to pass far-reaching supply-chain due diligence legislation akin to France’s “Duty of Vigilance” law, and goes beyond the modern slavery legislation already in force in California, the UK and Australia.

The Zero Draft follows a growing global trend toward enforcing human rights obligations against businesses operating transnationally. The fourth session report indicates that many stakeholders want a legally binding instrument to ensure that human rights enjoy primacy over trade and investment agreements, although few companies have been included in the consultations. Canadian companies engaged in international activities may want to consider responding to the current consultation, which is a rare opportunity to provide input into the UN business and human rights process. We would be pleased to assist any clients or trade associations who are interested in preparing submissions. 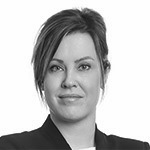 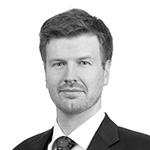 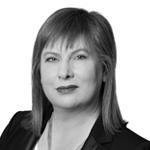