In normal circumstances, a party cannot be forced to defend an action in a foreign jurisdiction where it has had no involvement. However, a recent Ontario Superior Court decision signals that in multi-defendant proceedings, this is not necessarily a safe assumption.

Transnational law tries to avoid, on one hand, forcing plaintiffs to bring claims in multiple jurisdictions for the same events and, on the other hand, forcing defendants to litigate in jurisdictions to which they have no connection. When the defendants involved in an event are spread across several jurisdictions, these two principles can come into conflict.

In Khan v Layden,1 this problem came squarely before the court. The court signalled it would look at jurisdiction from the perspective of the dispute as a whole, rather than from the perspective of each defendant, thus favouring the consolidation of proceedings over a consideration of the connections of the individual defendants. The court’s decision means that a defendant without connections to Ontario can be required to defend litigation in the province if the claim against it is closely connected to a claim against a resident defendant.

The decision in Khan

The Ontario plaintiff was a passenger in a car being driven in Pennsylvania by another Ontario resident when it collided with a car driven by a Pennsylvania resident. The plaintiff claimed in Ontario against the drivers of both cars, as well as their insurance companies. The Pennsylvania defendants moved to stay the action for lack of jurisdiction.

Khan presented a dilemma – the Pennsylvania driver had been driving on a road in his home state and was a complete stranger to Ontario, but the court clearly had jurisdiction over the claim against the Ontario driver. The Pennsylvania defendants argued that the jurisdiction test should be applied to each defendant, and as there was no presumptive connecting factor linking them to Ontario, the court lacked jurisdiction simpliciter over the claims against them. However, if the court granted the Pennsylvania defendants’ motion, the plaintiff would be left pursuing two parallel tort actions in respect of the accident, one in Ontario and one in Pennsylvania, each of which could reach divergent conclusions on both the quantum of the plaintiff’s injury and the apportionment of liability between the two drivers.

The court chose to keep all of the proceedings in Ontario. The court held that the focus should be on whether jurisdiction should be assumed over the dispute, and determined that jurisdiction was properly assumed where there are joint or multiple tortfeasors, one of which is resident in the province, and inseparable damages are claimed by the plaintiff.

Khan demonstrates that a defendant is not always safe from having to defend itself in a distant court, even when it has no connection to the foreign jurisdiction.

The result in Khan contrasts with case law on joined claims under automobile insurance contracts. In Tamminga2 and again in Forsythe,3 the Court of Appeal for Ontario held that the fact a plaintiff had joined a contract claim against her Ontario insurer in the same action as her tort claim did not give the Ontario courts jurisdiction over her action against the non-resident tortfeasors when the accident had occurred outside the province. Future cases will refine the line between cases such as Khan where claims against multiple defendants are found to be inseparable and those such as Tamminga where, while the claims could be properly joined, the claims are too distinct to confer jurisdiction over the non-resident defendants.

Khan could also demonstrate a willingness to expand the breadth of the presumptive connecting factors. If this trend continues, it is likely to lead to more importance being placed on the defendant’s right to rebut the presumption (which is alluded to in Khan but appears not to have been seriously argued), as more cases arise where a presumptive connecting factor is technically present but the actual connection is weak or illusory. 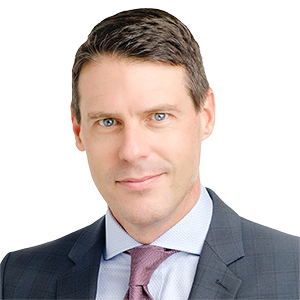 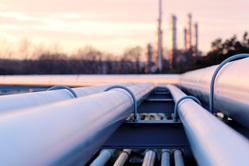