Due to recent federal government initiatives, carbon pricing policy will be implemented across Canada in 2018. This update follows up on our recent update discussing the Greenhouse Gas Pollution Pricing Act, and describes how provinces are responding to the federal requirement that they each develop their own regulatory carbon pricing model by January 1, 2019.

In 2015, the Paris Agreement (Agreement) was adopted with the goal of keeping global warming well below a 2°C increase from pre-industrial averages. To date, 170 countries have ratified the Agreement. In Canada, the Pan-Canadian Framework (Framework) followed shortly after ratification of the Paris Agreement. It proposes a range of measures to reduce emissions, including a mandatory approach to pricing carbon pollution.

Under the Framework, a pricing benchmark (Benchmark) was agreed to with flexibility granted to the provinces to choose their approach to setting a price on carbon. Recently, the federal government released for comment the Greenhouse Gas Pollution Pricing Act (Act). As set out in our recent update discussing this matter, this Act is intended as “backstop” legislation if provinces or territories do not develop their own regulatory model that meets the Benchmark by January 1, 2019. The result is that provinces and territories face three options for pricing carbon by the federal deadline:

For industries that are, or will soon be, captured under a cap-and-trade program, compliance is critical. Not only must these businesses register and effectively report on their emissions, they will need to understand the carbon market in their jurisdictions in order to effectively participate. Ontario’s Climate Change Mitigation and Low-carbon Economy Act and Quebec’s Environment Quality Act carry significant fines, and other sanctions, for contravention of the Act. Significant penalties can be expected as part of the compliance requirements of any cap-and-trade program that may be developed elsewhere in the country.

For those not captured under cap-and-trade programs, voluntary participation is possible. There may be various reasons for a business to register as a voluntary participant, which include investment or speculation purposes and the advantage of being exempt from the carbon price that fuel suppliers will charge to their clients. If the projection of a $2 trillion global carbon market is even partially accurate, there will be benefits for businesses that learn to navigate these complex programs to their advantage.

Finally, there is growing emphasis on carbon off-sets globally (termed “set-aside reductions” in Ontario). These are projects that either reduce carbon emissions indirectly or improve the resilience of the environment to the negative impacts of climate change. Where approved by the applicable jurisdiction, these projects can generate credits that may also be traded – as is the case in Ontario and Quebec. Such projects are beneficial for the environment and generate economic benefits for their proponents.

The Ontario and Quebec carbon markets

A carbon market is a marketplace for trading carbon emissions. The most popular form of carbon market is what is known as a cap-and-trade model, where governments put a cap on total carbon emissions by industry, which is then lowered annually. As the cap becomes more burdensome, businesses are incentivized to invest in efficiencies and other practices that reduce their emissions. High-performing companies can sell some of their “saved” emissions to less efficient companies, which allows the latter to reach their emission targets while at the same time incentivizing innovation.

In Ontario, the cap-and-trade system comprises the following three aspects:

The government sets an annual economy-wide allowance budget in metric-tonnes of carbon dioxide (CO2). The government likewise sets industry benchmarks designed to reward the most efficient players in each industry. Currently, in Ontario the Cap-and-Trade system is mandatory for the following three industries (Mandatory Participants):

Mandatory participants must register with the Compliance Instrument Tracking System Service (CITSS) – the same tracking system used by Quebec and California. Reported emissions are verified by a third party, and the Ministry of the Environment and Climate Change (Ministry) is responsible for the overall program oversight within Ontario. Importantly, specified industries that produce more than 10,000 tonnes of CO2 and less than 25,000 tonnes, are required to report their emissions despite not being a Mandatory Participant in the cap-and-trade program.

At the outset, there is a mix of free allocations (which decline over time) and those that can be purchased at government-sponsored auctions or via trade on the secondary market. The Ontario government retains the flexibility to introduce additional allowances when prices exceed a pre-set upper threshold. At market, Mandatory Participants can purchase Emission Reduction Credits (ERCs) and/or Set-Aside Reductions (SRs). ERCs are credits that can be traded among industry participants or other non-industry registered participants, whereas SRs are “compliance instruments” that are granted by the Ministry to entities for projects that reduce, capture, store or eliminate emissions not captured under the cap-and-trade program. Participants can cover up to 8% of their emissions through the purchase of SRs.

The cap limits how many tonnes of carbon businesses and institutions can emit. Companies must have enough allowances (credits) to cover their emissions. To comply, companies can generally: invest in clean technologies to become more efficient; switch to lower carbon fuels; or, purchase additional credits (trade). It is important to note that under Ontario law, every dollar collected through cap and trade must be invested back into projects that reduce greenhouse gas pollution, such as: public transit, electric vehicle incentives, social housing retrofits, among others.

Quebec’s cap-and-trade regime was enacted by amendments brought to the Environment Quality Act in 2009. Quebec’s regime has been running since January 1, 2013. Ontario’s regime has been tailored to reflect the features of the Quebec cap-and-trade regime and California’s regime in order to be linked with these two regimes and thus create a unique binational three-jurisdiction carbon market as of January 1, 2018.

California operates the fourth-largest carbon market in the world, involving seven different greenhouse gas (GHG) emissions. In California, the trading program applies to large electric power plants, industrial plants and fuel distributers, which account for 85% of the state’s total GHG emissions. Regulations require these entities to report annually on their emissions through the CITSS system. The program is implemented by California Air Resources Board (CARB), and entities must register with CARB to participate in allowance auctions. Under California legislation, civil and criminal penalties apply for fraud, or efforts to manipulate the market.

According to the state government, California’s cap-and-trade system is expected to reduce GHG emissions by 16% between 2013-2020. This is achieved through a cap that declines by 3% each year between 2015-2020. Long term, it is intended that the cap will decline more drastically, with an anticipated target of emission reductions of 40% by 2030. By 2021, California will set a hard price ceiling, and an unlimited number of allowances will be available at this price.

As with Ontario and Quebec, California law requires the state spend the revenues it receives from auctions on environmental projects with an emphasis on air quality, as well as programs that benefit disadvantaged communities. The Ontario and Quebec programs are now linked with California’s system, and all three jurisdictions hold joint auctions. This means businesses in Ontario, Quebec and California that are captured under their respective cap-and-trade programs can purchase allowances and SRs issued in another jurisdiction for their own compliance purposes.

On December 19, 2017, China took its first step to formally launch what will become the largest carbon market in the world. The Chinese market is estimated at launch to be 1.7 times the size of the European Union’s Emission Trading System , which has been in operation since 2005. At launch, China joins other Asian countries such as South Korea, Tokyo and New Zealand, in implementing a national cap-and-trade program.

Internationally, the trading of emissions generated $30 billion (USD) in public revenue in 2016 through auctioning allowances. This market is estimated to grow to a value of $2 trillion by 2020, with carbon predicted to become one of the most traded commodities globally. If these projections are even close to being realized, there will be numerous opportunities for businesses that have moved quickly to become knowledgeable and sophisticated actors in these markets both in Canada and abroad.

The authors wish to thank articling student Andrew Stewart for his help in preparing this legal update. 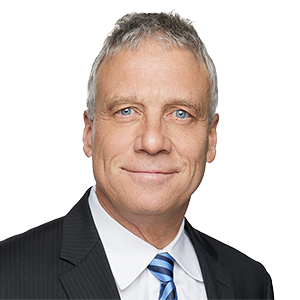 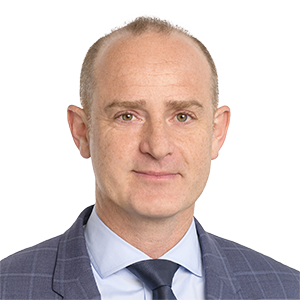