The blockchain revolution is coming. Startups, Fortune 500 companies and governments alike are all experimenting with the promising technology. Although it is better known as the data structure on which Bitcoin is built, blockchain’s potential uses extend far beyond cryptocurrency. The technology’s ability to instantly record, validate and share vast amounts of data could be a real game changer for many industries. This is especially true in the agricultural sector where the technology could be used to improve food traceability, supply chain management and payment options.

At its core, blockchain is an electronic system that allows for record-keeping of transactions in real time. When participants in a blockchain system complete a transaction, the time, date, nature and cost of the exchange is recorded. Once the parties have confirmed the accuracy of the information, it is then permanently and indelibly recorded, and can be made accessible to every other participant in the system. Blockchain technology therefore instantaneously creates a “consolidated record that constitutes a single and shared version of the truth.”1

Improved informational transparency and accuracy increases trust between parties, reduces costs and boosts efficiency. Thanks to these benefits, blockchain technology could be the key to modernizing agricultural commerce.

How blockchain could change agri-business

More than ever, consumers are taking an interest in the origins and contents of their food. Demand for organic products, sustainably raised meat and locally farmed produce has grown substantially in the past few years. But when shoppers throw an item in their basket, can they trust the label to tell them what they’re really getting? The evolution in consumer tastes has given rise to an important food fraud industry. Producers can easily sell mislabelled products, because the retailer or final buyer has no real way of verifying a product’s origin.

Enter blockchain. Given the fact that it can record unalterable information at every step in the food supply chain, blockchain technology can provide reliable information regarding the origins of food items and the exact journey it took from farm to table. It could enable consumers to verify from which certified farm their strawberries were picked from or in which field their grass-fed beef was raised with a single screen tap.

British company Provenance has successfully experimented with this type of application. Through the use of blockchain technology, the Provenance app successfully tracked sustainably-fished tuna from fishermen’s boats in Indonesia to restaurants in Japan. The fish were tagged and entered into a blockchain system after they were caught. Subsequently, a new entry was made every time the fish changed hands, allowing the final buyer to know exactly where the fish came from. And this is just the beginning. Apps like Provenance have the potential to allow consumers to trace not only the origin of a single piece of meat or vegetable, but of every ingredient contained in a product.

In addition to helping consumers make informed purchases, the improved supply chain transparency could also greatly benefit farmers. The agricultural sector’s supply chain is notoriously complex and opaque, as shipments change hands multiple times before reaching their final destination. It is difficult for farmers to know where, for what price and how much of their products are ultimately sold. This lack of information leaves them vulnerable, and at the mercy of traders who can dictate order prices and quantities.

Blockchain technology can help rectify this imbalance by recording transactions in real time and providing up-to-date supply and demand information to participants. Having access to such information could allow farmers to properly set their own prices and optimize the quantities of products they put out on the market. Moreover, by keeping an ongoing record of participants’ transaction histories, blockchain can make it much easier for parties all over the world to due diligence each other and confidently conclude transactions without the need for middlemen and agents.

Finally, blockchain technology can provide lower cost and faster payment options to agri-commerce participants. In the current system, it often takes weeks for farmers to get paid for their goods, and traditional payment options such as wire transfers can be quite costly. Blockchain can address some of these inefficiencies. Many developers have already designed blockchain-based apps that provide for cheap, secure and near-instantaneous peer-to-peer fund transfers. Some are even making use of “smart contracts” that trigger payments automatically as soon as the fulfillment of a certain condition (e.g. delivery of goods) is confirmed by the buyer. Recently, an Australian farmer became the first person to settle an agricultural transaction using this type of technology and more will surely follow in his footsteps.

As promising as blockchain technology is, there are still many legal hurdles to clear before it can really fulfill its potential. Below are only a few examples of issues that still need to be addressed.

Currently, there is no established governance system regulating blockchain transactions. Participants in restricted systems can establish their own ad hoc private rules on a contractual basis, but there are no overarching regulations. While this may work on a smaller scale, bigger commercial players may be reticent to exchange value over blockchain technology until more uniform, industry-wide governance parameters are established.

Electronic transactions and smart contracts are extremely convenient, but without formal agreements that businesses are used to dealing with, they could give rise to uncertainty about when contracts are formed, what terms they contain and whether they really exist at all. At this point, it is difficult to determine how courts will interpret contracts concluded using blockchain technology.

Data added to the blockchain is stored permanently. This could cause issues when such data includes users’ personal and banking information. Before blockchain gains widespread acceptance, privacy safeguards will need to be established and tested.

In conclusion, blockchain has enormous potential to significantly impact the way agricultural business is done. Blockchain technology can increase trust between parties, facilitate information sharing throughout the supply chain and significantly reduce agricultural transaction costs. As the public and private sectors work toward addressing the practical and legal challenges facing the technology, blockchain seems poised to be the disruptive force that propels the agricultural industry into the 21st century. 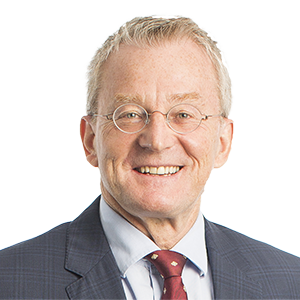 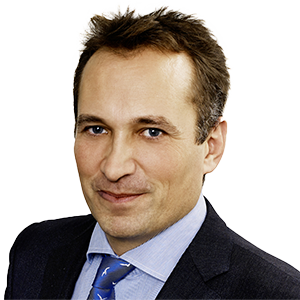 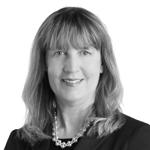