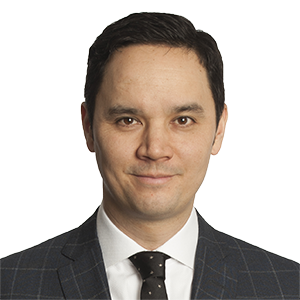 Pierre Nguyen’s practice focuses on all aspects of management of patent and industrial design portfolios, including drafting and prosecuting patent applications. He also assists with developing international filing strategies for patent applications on behalf of several North American businesses.

Mr. Nguyen has drafted and prosecuted numerous cases in the medical device industry, on subject matter including computer‑assisted surgery, catheters, surgical tools, and surgical methods, for Fortune 1000 companies. He has been involved in all steps of prosecution, from inventor interviews to post‑patent reviews, and has played an active role in the strategic management of patent portfolios in this industry. Mr. Nguyen has particular experience in drafting specifications taking into consideration the heterogeneous jurisdictional requirements for medical device claims.

He has a strong originating work practice, which has led him to draft hundreds of cases for world‑leading companies in fields including aeronautics, robotics, refrigeration, motion simulation, business methods and general mechanics. He has developed particular expertise in adding software claims to mechanically based inventions, and complementing the protection of mechanical devices with industrial designs.

Mr. Nguyen is currently course instructor in the Department of Biomedical Engineering of the Faculty of Medicine of McGill University. He created and teaches a graduate-level course entitled “Patents in Biomedical Engineering.” After a successful mandate as director of the patent course, Mr. Nguyen was appointed chairman of the IPIC/McGill University Course Committee. In his capacity as chairman, Mr. Nguyen was actively involved in managing the intellectual property courses hosted by McGill University’s Faculty of Continuing Education. He is a frequent lecturer on patent prosecution, and a contributor to the looseleaf volume JurisClasseur Québec - Propriété Intellectuelle published by LexisNexis Canada.

Mr. Nguyen participates in various cycling fundraisers, and is a founding member of the Norton Rose Fulbright annual cycling event, a pioneer networking event hosted annually in Quebec. He is also an active member of the Montréal office’s art collection committee.