Terry Dobbin, the managing partner at Norton Rose Fulbright’s Toronto office, was on a business trip with a colleague recently when he heard something surprising. His fellow lawyer said she couldn’t wait to return to the firm’s totally redesigned digs at the landmark TD Centre in the city’s financial district.

“I thought, ‘Wow, that’s really saying something,’ ” said Dobbin. “That’s what you want to hear after a process like this.”

In law office design terms, call it the charge of the light brigade. Norton Rose Fulbright Toronto is the latest law firm to embrace a brighter, more open workspace, joining numerous other competitors in Canada and around the world, including McCarthy Tétrault, McMillan LLP and Miller Thomson LLP.

“We really wanted to do something transformational here,” Dobbin told The Lawyer's Daily. “We gave it an incredible amount of thought, and the overriding principles were to encourage collaboration and innovation, and to get away from a strict hierarchal approach to things.”

The firm also put a priority on improving efficiency. The new office, encompassing the top 4½ floors at 222 Bay St., is smaller than its old location in downtown Toronto’s Royal Bank Plaza. Through the use of technology, Norton Rose Fulbright is also attempting to substantially reduce the use of paper. The firm’s Toronto office employs 179 lawyers and 285 staff.

Dobbin said the process began in 2015, as the firm looked ahead to the end of its lease at Royal Bank Plaza. It formed a redesign committee and began searching for an architectural design consultant. It settled on Lehman Smith McLeish (LSM), a Washington, D.C.-based firm that works with corporate clients around the world, many of them law firms.

It was LSM’s first project in Toronto, and founding partner Debra Lehman Smith said Norton Rose Fulbright worked hard to create a space that embodies its values, reflects the character of Toronto and promotes collaboration, transparency and innovative ways of working.

“What they focused on is how are they unique, and when you walk into that space, I think it really is Norton Rose,” said Lehman Smith. “Moving is such a great opportunity to be reflective and be progressive and move ahead.”

Norton Rose Fulbright completed the transfer in September. The lawyers still have offices, Dobbin said, but the walls are now glass. “We really felt the light belongs to everyone,” he added. “We shouldn’t stop the light at the lawyers’ offices. That was really important to us.”

In addition, the new office features elevator doors that open directly into a two-storey reception area with exposed steel beams. Technological amenities include moveable touch-screen monitors and laptops, improved videoconferencing facilities, and sit-stand desks for all lawyers and staff. Walls are decorated with contemporary Canadian art, and employees have access to two wellness rooms for rest or relaxation.

Dobbin conceded that adjusting to the new, more open environment was a challenge for some. “It’s natural that, although you may welcome change in a philosophical sense,” he said, “when it actually affects you, there’s a certain anxiety that sets in.”

But, overall, the reaction has been overwhelmingly positive, he added. In a recent survey of lawyers and staff at the firm, 86 per cent of those who responded said they enjoy the new space, while 78 per cent agreed it promotes more collaboration. “We couldn’t ask for better numbers than that,” said Dobbin.

But the results of more open workplaces are mixed, according to a research study released earlier this year by the Conference Board of Canada. The report, titled Building a Culture of Collaboration: Transforming the Way Canadians Work, found that many Canadian organizations are redesigning their workspaces in hopes of facilitating more collaboration and innovation. They’ve experienced some successes and some challenges, concluded senior research associate Jane Cooper. “In addition,” she wrote in a summary, “only a few of the organizations are systematically measuring culture change based on baseline data.”

In the most open work environments, where employees may not even be assigned a regular seat, their mental health may suffer in some cases, warned Paula Allen, vice-president of research, analytics and innovation with Morneau Shepell. The Toronto-based human resources services and technology company highlights the risk in its 2019 survey of workplace mental health, arguing that the pursuit of increased collaboration and, for some companies, reduced office costs, risks harming workers’ sense of belonging.

“It is important for employers to understand any unintended consequences from non-traditional workplaces,” Allen said in an e-mail, “and, as needed, leverage other ways to keep employees connected and feeling a sense of belonging.” 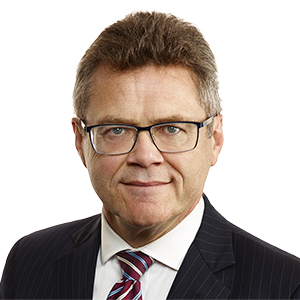