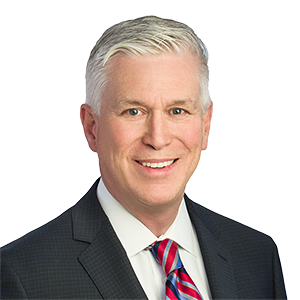 Brad Hayden has served as the managing partner of the Calgary office since January 2015 and serves on our national management committee. He was the Calgary chair of the business law group until the end of 2015, and previously served on the senior executive and management committees of Norton Rose Fulbright Canada and its predecessors for seven years from 2007 to 2013. He served in a practice role in our Moscow office for two years in 1994 and 1995, and in a management support role involving our Almaty office for four years from 2003 to 2006.

Mr. Hayden's legal practice focuses on national and international transportation and energy service companies. He leads teams involved in private mergers and acquisitions, corporate reorganizations, divestitures and project matters. In 1998 and 1999, he was seconded to Canadian Pacific Railway, and he advised that company on project and commercial matters for many years following that secondment.

Mr. Hayden joined us as an articling student in 1990, continued as an associate in 1991 and became a partner in 1998. He was admitted as an English solicitor in October 2008.

Mr. Hayden has acted recently for the following clients: