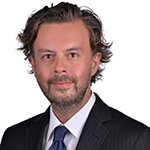 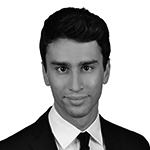 On October 19, 2020, the Ministry of Justice (the “Ministry”) announced plans to increase the number of courts with e-hearing capabilities.

September 15, 2020 marked the launch of e-hearings, initially as a pilot process at five courts in Ankara. In its recent effort to broaden the practice, the Ministry stated that 42 other consumer courts in Ankara and the Istanbul Anadolu and Bakırköy courthouses would also be provided with e-hearing capabilities as of October 26, 2020. The Ministry further announced that it aims to increase that number to 200 by the end of 2020 and to have e-hearings widely accessible across the country in 2021.

Test runs for e-hearings, supervised by the Minister of Justice, were completed on June 17, 2020. While e-hearings are only accessible by lawyers for the time being, the Ministry plans to gradually grant access to parties, witnesses and expert witnesses as well.

E-hearings, part of the Ministry’s package of broader reforms to expedite litigation processes, are held via Turkey’s National Judiciary Informatics System, “UYAP.” Lawyers log on to UYAP through their individual accounts and file an online petition including an explanation of why an e-hearing is being requested. If and when the judge accepts the petition, the platform uses the lawyers’ electronic signatures for verification and for identity checks on the lawyers. The identity check involves matching, through videoconference technology, individualized information about the lawyer and verifying a photograph of the lawyer in the UYAP system with the face of the lawyer appearing before the e-hearing. Once the identity check is completed, the e-hearing commences.

E-hearings are accessible via a variety of smart devices, including computers, tablets and mobile phones. In this respect, the countrywide implementation of e-hearings is expected to add considerable efficiency and speed to the present method in which court cases are being handled, especially at a time when social distancing at courthouses is considered to be of vital importance.

Special thanks to Cem Tecimer, who works under the supervision of Utku Ünver, for his assistance in the preparation of this content.