We have long been told that money cannot buy happiness. Now, it seems, money also cannot buy freedom – at least not freedom from jail for cartelists in Canada. Traditionally, criminal convictions or plea agreements for Canadian competition offences have involved monetary fines and, for individuals, house arrest or conditional sentences instead of actual jail time. However, both enforcement efforts and penalties sought for competition offences against individuals may be on the rise in Canada as a result of a deliberate strategy on the part of the Competition Bureau (the “Bureau”) to eradicate these harmful practices. Canada’s Federal Court also recently touted the benefits of jail time as a deterrent for competition offences and compared price fixing agreements and other “hard core” cartel agreements to fraud and theft. These “tough on (competition) crime” attitudes mirror those expressed by enforcers south of the border: individuals in the United States are also facing more jail time for cartel offences.

This article explores the principles of individual liability for competition offences in Canada in Section 1. Section 2 discusses the recent focus on enforcement against individuals, including the push for jail time. Section 3 explains the impact of the Safe Streets and Communities Act (SSCA), and Section 4 discusses the Bureau’s Immunity and Leniency Programs.

The Commissioner of Competition, John Pecman, stated in 2015 that the Bureau will vigorously enforce these provisions, including against individuals, and will prioritize cracking down on cartels. He has also quoted the US Supreme Court in stating that cartels are the "the supreme evil of antitrust".

Section 47 of the Act prohibits bidders, in response to a call for bids or tenders, from agreeing to not submit a bid or to submit a bid that is the product of an agreement, when such an agreement is not disclosed to the person calling for the bids. It is an indictable offence for which the sentence is a fine, in an amount at the court’s discretion and/or imprisonment for up to 14 years. Collusion in the bidding process, the decision to not submit bids, bid rotation, and bid sharing among bidders rank among the most widespread forms of bid-rigging.

Individuals also face liability under other sections of the Act, as well as under the Criminal Code. For instance, engaging in deceptive marketing practices under Part VII.1 subjects individuals to administrative penalties of up to CA$750,000 (or CA$1 million for any subsequent contraventions). Making a false or misleading representation, when done knowingly or recklessly, is also an offence pursuant to section 52 of the Act punishable by up to 14 years imprisonment or a fine in an amount determined by the court.

Increased Focus on Individuals and Imprisonment

Traditionally in Canada, criminal convictions or plea agreements for competition offences have involved corporate defendants being subject to fines and, where individuals have been convicted, they have been subject to fines but only house arrest or conditional sentences instead of imprisonment. However, changes to the Act in 2009 and 2010 strengthened the Bureau’s enforcement capacity by making hard core cartel agreements subject to a per se standard and increasing maximum fines and prison terms for cartel and bid rigging offences. These changes have given the Bureau a renewed mandate to pursue these offences and enforcers are now increasingly focused on individuals.

This new enforcement focus was reflected in the 2012 case Canada v. Maxzone Auto Parts (Canada) Corp. (‘Maxzone’). Maxzone Autoparts Canada Corp. (‘Maxzone Corp.’) was charged under section 46 of the Act for its involvement in an aftermarket auto parts cartel. Section 46 makes it an offence for a corporation that carries on business in Canada to implement in Canada any kind of directive intended to give effect to a conspiracy, combination, agreement or arrangement outside of Canada that would have contravened section 45 of the Act had it occurred on Canadian soil.

Maxzone Corp. pleaded guilty and the Bureau sought a fine but no jail time against any individuals. Chief Justice Crampton ultimately accepted the parties’ very brief (two paragraphs) joint sentencing submission and imposed a fine of CA$1.5 million, which was calculated pursuant to the Bureau’s guidance regarding leniency applicants such as Maxzone Corp. However, he did so reluctantly and criticized the Bureau for not pressing harder for imprisonment.

In his reasons, Chief Justice Crampton called into question whether courts will continue to enforce joint recommendations as to sentencing and demanded more information from the Bureau about the harm that competition crimes cause in order to support sentencing. Going forward, where no term of imprisonment is provided for in a joint sentencing submission, a court may require the parties to submit more detailed evidentiary records and submissions to satisfy the court that the proposed sentence is appropriate.

In his sentencing reasons, the judge also compared price fixing agreements and other “hard core” cartel agreements to fraud and theft1 and indicated that the threat of serving time in prison is a necessary deterrent. He stated:

In the absence of a serious and very realistic threat of at least some imprisonment in a penal institution, directors, officers and employees who may otherwise contemplate participating in an agreement proscribed by section 45 of the Act, or who may have been directed to implement such an agreement in Canada in contravention of section 46 of the Act, are unlikely to be sufficiently deterred from entering into or implementing such agreements by mere fines. In brief, achieving effective general and specific deterrence requires that individuals face a very real prospect of serving time in prison if they are convicted for having engaged in such conduct…2

Chief Justice Crampton’s critique was based in part on the weak history of imprisoning people in Canada for competition offences.3 From 2008 to the present, no individuals have been jailed in Canada for cartel or bid rigging offences. Indeed, it appears that the 1996 case R v Perreault, the first ever jury trial for a Competition Act offence in Canadian history, in which an individual was sentenced to one year in prison for conspiring to fix driving school prices, attempting to oust competitors from the market by offering unreasonably low prices, and plotting to raise prices by making threats to competitors, is one of the few modern examples of individuals being imprisoned for cartel or bid-rigging offences.4 By contrast, those convicted of telemarketing offences have served jail time.5

The tide does seem to be turning.  With the enhanced penalties added in 2010, as well as the move to a per se standard for hard core cartel offences, the Commissioner has signalled he is optimistic that convictions will be forthcoming. Indeed, Commissioner Pecman is so keen to see individuals jailed that he reportedly made a bet in 2014 with Gary Spratling, former Deputy Assistant Attorney General of the U.S. Department of Justice Antitrust Division, regarding whether Canada would put any cartelists behind bars by the time of the next International Cartel Conference in 2016. Commissioner Pecman lost that bet.

Impact of the Safe Streets and Communities Act

Another key driver behind the greater likelihood that cartel offenders will be jailed is the passage of the SSCA  in 2012.6 The law included relatively well-publicized amendments in Canada to a number of criminal statutes, including the Youth Criminal Justice Act and the Criminal Code. However, the law will also have an important effect on Canadians (and non-Canadians) convicted of violating the conspiracy and bid-rigging provisions of the Act.

On the issue of imprisonment, the SSCA removes the ability to sentence an individual to community service, also known as a conditional sentence. As sections 45 and 47 are indictable offences for which the maximum term of imprisonment is 14 years, courts can no longer order a sentence of less than two years to be served in the community. This means any prison sentence as a result of a section 45 or 47 conviction would result in the sentence having to be served in prison. As noted, previously many competition-related sentences were carried out in the community. For instance, six individuals were sentenced to terms of imprisonment of a combined 54 months in relation to price fixing in the retail gasoline markets in Victoriaville, Thetford Mines, Sherbrooke, and Magog, Québec. However, all six individuals served their terms in the community.

In the past, where immunity was no longer available, corporations and individuals often plead guilty to conspiracy offences after reaching an agreement with the Bureau and the Director of Public Prosecutions (DPP) as to a recommended sentence pursuant to the Bureau’s Leniency Program (see below). By constraining the ability of the Bureau to agree to recommend sentences involving terms of imprisonment to be served in the community, the SSCA may result in accused individuals contesting more cases.7

Under the SSCA, individuals convicted under sections 45 or 47 of the Act must also wait 10 years, instead of the previous five years, to apply for a pardon after their sentences have expired (to be called a “record suspension”). This will in turn affect these individuals’ ability to resume business activities after they have served their sentences. Of particular note is that a record of conviction affects the ability to travel to certain countries, particularly the United States, which bars entry to persons convicted of a criminal offence who have not received a pardon.

Treatment of Individuals Under the Bureau’s Immunity and Leniency Programs

As recognized in Maxzone, the potential for imprisonment is meant to act as a powerful incentive for offenders to come forward under the Bureau’s Immunity and Leniency Programs. The Bureau views its Immunity Program as one of the most effective tools in its detection and enforcement arsenal.  Under this Program, the first party to disclose an offence to the Bureau or to provide evidence that leads to the filing of charges is eligible to receive immunity from prosecution, assuming the party meets the other Program requirements, such as full cooperation with the Bureau’s investigations. Under the Leniency Program, other parties who are not the first to come forward and therefore are not eligible for immunity may nonetheless be eligible for lenient sentencing treatment if they cooperate with the Bureau and agree to plead guilty.

Leniency applicants should, however, be aware of the effects of Chief Justice Crampton’s decision in Maxzone, which, as noted above, called into question whether courts will continue to accept lenient joint sentencing submissions that do not include jail time, particularly in the absence of adequate information to assess the seriousness of the crime.

Canadian businesses should prepare or enhance corporate compliance plans and training for executives and employees to limit corporate and personal exposure under the Act, particularly for breaches of sections 45 and 47. Companies that are first to report suspected violations and meet the criteria of the Bureau’s Immunity and Leniency Programs can obtain some legal protection for individual employees. However, greater vigilance is warranted as a result of the decision in Maxzone and the impact of the SSCA, as well as statements from Commissioner Pecman that the Bureau will “vigorously enforce” the criminal cartel provisions, including against individuals,8 and indications that the Commissioner is frustrated about the lack of jail time imposed for cartel offences in Canada.9

This combination of an enhanced enforcement climate and a tough on competition crime mentality at the Bureau and in the courts means images of executives in handcuffs could be coming to Canada very soon. After all, Mr. Pecman would not want to lose another bet. 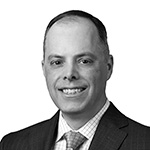 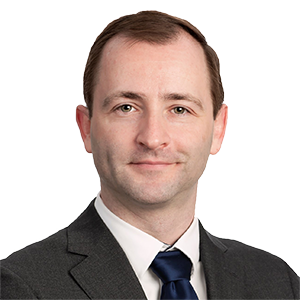 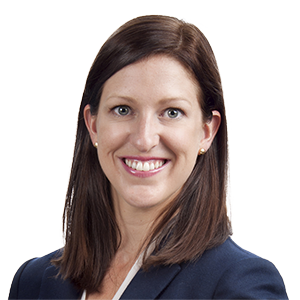 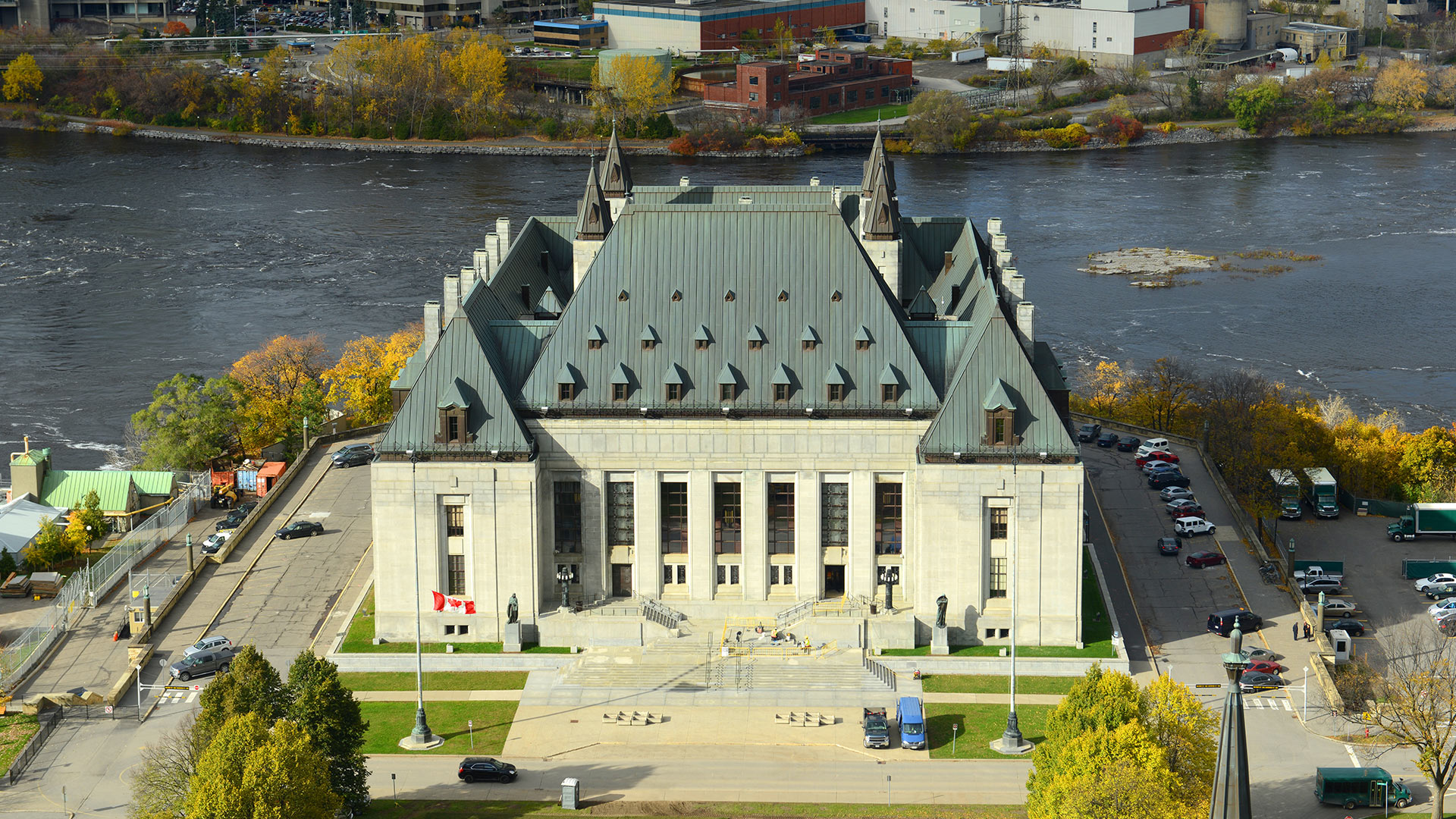