There is clear momentum for corporations to clean up their supply chains and demonstrate to customers and stakeholders that they are as environmentally sustainable as possible. This is being driven by both customer demand and various government policies around the world, including those which enshrine in law the commitments of the Paris Agreement, which once again includes the US as a party.

For a number of sectors—particularly those involved in the production or significant use of fossil fuels—this creates the transition risk of not just direct regulatory change but wider challenges such as the rise of ESG-compliant finance. Leading initiatives such as the EU Taxonomy for sustainable activities are set to influence more than just European financiers and investors, creating a dynamic for financing and investment to increasingly shift away from economic activities that do not meet sustainability objectives.

Recent developments in the LNG sector give an indication of some of the possible impacts that this changed environment could have on legal relationships, and how those legal relationships might bear the stresses of a significantly changed economic and societal environment. Similar dynamics are emerging in a variety of other supply chains, such as steel and fertiliser.

As businesses and society seek to mitigate the risk of dangerous climate change there will be few industries as vulnerable to this change as the oil and gas industry. Despite this, large parts of the world are likely to be dependent on the combustion of hydrocarbons to provide energy for economic activity for some time to come.

Recognising this dependency, natural gas has often been seen as the bridge fuel to a predominantly non-fossil-based energy system. However, the speed and depth of changing ambitions on mitigating climate change could alter that assumption. Many companies involved in the production of natural gas or which use significant amounts in production processes are recognising that greater efforts are needed in the near-term to reduce the environmental impact of the production as well as the use of hydrocarbons.

The first step to tackling greenhouse gas (GHG) emissions associated with a supply chain is having access to an accurate determination of those emissions. As supply chains are global and not fully integrated, making this calculation can be a challenge and there is a clear need for many sectors to develop practical and accurate approaches to determining this.

The transaction announced by Pavilion Energy and Qatar Petroleum Trading (QPT) in November 2020 is a prominent example of how to track and report emissions in the LNG sector. It is reported that QPT has agreed to sell and Pavilion has agreed to purchase up to 1.8mn t/yr of LNG for ten years, with each cargo delivered accompanied by a statement of the GHG emissions measured from the well to the discharge port. The methodological work necessary to implement this builds on various industry initiatives in recent years.

Armed with robust data on supply chain emissions, stakeholders in those supply chains can take different approaches to mitigating them. For example, suppliers may look to greenify the supply chain by driving down emissions in different elements within their control. Another option could be acquiring and retiring carbon credits—with such carbon credits representing emission reductions achieved by a climate mitigation project—in order to offset the emissions determined in respect of an LNG cargo.

Pavilion has expressed a hope that the methodologies it develops with its partners will be widely adopted and that a market for so-called offset-ready LNG will develop. In light of the wider dynamics mentioned above, in a future where buyers cannot easily shift away from natural gas use, they are likely to want to have the tools to acquire LNG and offer green gas or power to onward customers via offsetting.

Pavilion’s tracking and reporting regime gives rise to some interesting issues associated with the delivery of LNG that have not been considered in the context of LNG sale and purchase agreements (SPAs) before.

These are just a handful of the many issues that measuring emissions associated with the delivery of LNG to consuming markets raises, and there is now a debate on how these issues will be addressed, together with determining an industry-wide methodology for calculating the emissions themselves.

It is clear that an industry-wide approach will unlock significant value as LNG with emissions measured on the same basis and transacted on the same contractual terms can be traded, allowing the generation of further value. Contracts that are entered into will need to have the flexibility to accommodate further changes in the market, in technology and in legal and societal requirements.

Those that do not engage with these issues risk not only being left out of what may be a rapidly developing area of the LNG market, but also perhaps being excluded from sources of financing as sustainability issues drive economic decision making in the future. 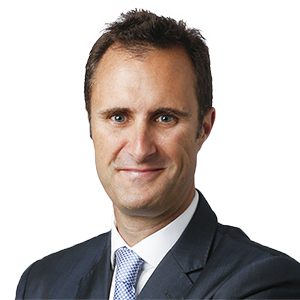