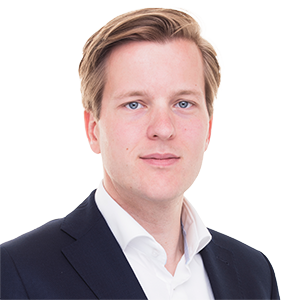 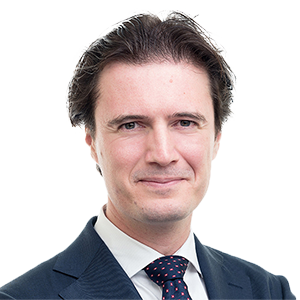 In December 2018, FC Barcelona football player Rafael Alcântara do Nascimento, commonly known as Rafinha, was sued by German sportswear company adidas for breach of contract. The case was heard in a district court in Amsterdam last month, as the adidas counterparty that entered into the contract was established there.

Rafinha believed that his sponsorship agreement with adidas, which required him to wear adidas football boots during matches and training and adidas clothing during official media appearances, expired at the end of June last year. Consequently, he sought a clean break from this contract last summer – citing the fact that adidas had not offered him enough support when he suffered serious injuries in 2015 and 2017 respectively – and he has since been wearing Mizuno football boots. Despite this, adidas contended that the sponsorship agreement allowed the sponsor to unilaterally extend the contract for up to five years if Rafinha failed to respond to requests for such an extension.

Rafinha’s legal team argued during the hearing that adidas had hidden the extension clause in the contract and should have made it more clear to the player that it could add another five years to the existing deal without his consent. Adidas, on the other hand, maintained that Rafinha should pay €100,000 for each day that he had breached the contract since 1 July 2018, which is reportedly in line with the original contract entered into in 2013.

Rafinha rebutted this argument on three grounds. Firstly, Rafinha argued that the clause was voidable as it was a “standard term”, which, under Dutch law, may be voided to protect consumers against unfair contract terms. The court did not discuss whether Rafinha constituted a “consumer” in this instance and, instead, dismissed Rafinha’s first rebuttal and determined that the clause was not a “standard term”. The primary reasons for this being that the parties negotiated the litigious clause and that the contact labels it as a “key term”.

Secondly, Rafinha argued that the clause was in violation of the standards of reasonableness and fairness. The court, however, did not consider it sufficiently plausible that the relationship between Rafinha and adidas was imbalanced, nor that the litigious clause was unreasonably onerous towards Rafinha, specifically citing the fact that Rafinha received substantial compensation under the contract.

Thirdly, Rafinha argued that the extension clause was drafted in such a way that adidas may have unilaterally extended the term of the contract indefinitely. Under Dutch law, a contract with an indefinite term can, in principle, be terminated early. However, the court also dismissed this argument, stating that it was not sufficiently clear that the parties’ intention was for the contract to have an indefinite term and that this is unlikely to have been the case given the limited length of professional football players’ careers.

Consequently, on 18 December 2018, the district court in Amsterdam ordered Rafinha to pay to adidas the costs of the proceedings plus a payment of €10,000 for each day that he continued to refuse to honour the contract, up to a maximum of €1 million. The decision is a fresh blow for the FC Barcelona midfielder, who was ruled out for the rest of the season after tearing his anterior cruciate ligament during a 1-1 draw with Atlético Madrid on 24 November 2018.

Rafinha is not the first FC Barcelona star to be involved in a dispute with adidas – in the 1970s, club icon Johan Cruyff demanded that he should not be made to play in an adidas kit for the Netherlands as it could have meant losing his personal sponsorship agreement with Puma. In this instance, the player succeeded and Cruyff was the only Dutch player at the 1974 World Cup to wear an orange jersey with two black stripes on his sleeves, instead of adidas’ trade mark three stripes, where the Netherlands finished as runners-up to West Germany.

We have previously considered some of the risks that may arise with individual endorsement agreements, as well as discussing associated mitigation strategies and best practice tips, in an article in July 2018. Similarly, in October 2018, we published an article discussing Danish football’s commercial rights dispute, which is a further example of the potential challenges that individual sponsorship agreements can pose.