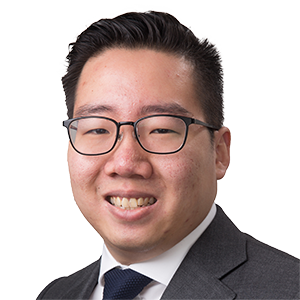 This article is part of a series of Norton Rose Fulbright articles about legal, regulatory, commercial and governance issues facing the esports industry.

Mirana, a Dota 2 character, has the ability to leap, allowing her to cover large distances in moments. A well-timed leap can secure a much-needed kill, but a poorly-judged one could also cost her team the fight. As more brands consider sponsoring esports teams and competitions, it is always worth remembering what every good Mirana player knows: look before you leap.

In March, the League of Legends Pro League (LPL) in China, a hugely popular competition with 16 professional teams and 14 million viewers, entered into a four year sponsorship deal that is valued at US$7.8 million annually according to Lanxiong Sports, yet another sign that esports is entering the mainstream and brands are recognizing the sponsorship opportunities in the field.

Esports was previously dominated by closely related sponsors who wanted to promote the latest silicon chips, the most popular streaming platforms and cutting-edge gaming peripherals. The benefits for these sponsors were clear. The early adopters of esports were overwhelmingly serious gamers who were purchasers of high end gaming gear and spent large amounts of time watching streams.

Since those days, esports audience numbers have grown exponentially. Esports had approximately 173 million viewers in 2018 and that number is projected to grow to 276 million in 20221. The audience is diverse, geographically dispersed and highly engaged; no wonder prominent brands such as Coca-Cola, Airbus, Paypal, Puma and Adidas are getting in on the action.

The LPL sponsorship is yet another example of companies recognizing the value of marketing and sponsorships in esports. Esports has a young, digital and global audience with 79% of viewers under 35 years old and more than 50% of viewership coming from Asia (a large percentage of whom watch on mobile). This allows advertisers and sponsors to target consumers with high consumer life time value in geographies with low traditional media market penetration.

As with all new fields, there are risks and pitfalls worth considering as advertisers and sponsors enter this space:

With growing media attention and ever-increasing audience numbers, the opportunities for sponsors and advertisers in esports are clear. Many sponsors and advertisers may be tempted to dive in head first and move as fast as possible before opportunities become more expensive; however, without a proper understanding of the field, this could be a costly mistake. The longevity of this industry and the games that constitute it are, as yet, untested. An expensive sponsorship agreement which lacks adequate protections or partnerships with financially weak entities could result in a poor return on investment, or worse, significant damage to the sponsor’s reputation and brand. As advertisers and sponsors venture into this new field, the right information, tools and advisers will allow them to separate the hits from the duds on their search to finding the next Steph Curry