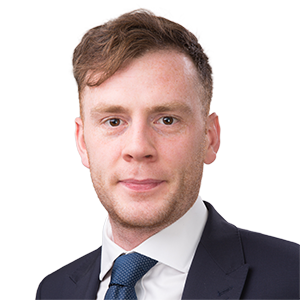 The International Cricket Council (ICC) One-Day International Cricket World Cup Final was a contest decided by the very finest of margins. Even a tie-breaking Super Over could not separate the two teams, resulting in England winning on a count back of boundaries. The outcome sparked debate: was count back of boundaries an appropriate mechanism for deciding a World Cup Final; what if Ross Taylor had been able to review the decision by the umpire to give him out leg before wicket (ball tracking indicated that the ball was going over the top of the stumps); and what if the umpire had given Jason Roy out first ball of the England innings? However, most of the attention has centered on the controversial decision of the umpires to award England six runs on the third last ball of their innings.

The incident happened when England batsman Ben Stokes hit the ball into the leg side. The batsmen (Ben Stokes and Adil Rashid) completed a run. As they were attempting a second run, the ball was thrown in from the leg side boundary by New Zealand fielder Martin Guptill. The ball deflected off Stokes’ bat and went all the way to the boundary. At the moment the ball hit Stokes’ bat, the two batsman were in the process of completing a second run. The umpires awarded six runs (four for the boundary and two for the runs by the batsmen). Following the conclusion of the match, former Australian ICC umpire Simon Taufel was quick to question the decision, suggesting that the two on-field umpires made a mistake in their interpretation of the Laws of Cricket.

The relevant provision of the Laws of Cricket (the custodians of which are the Marylebone Cricket Club (MCC)) is Law 19.8 which states that “If the boundary results from an overthrow or from the wilful act of a fielder, the runs scored shall be any runs for penalties awarded to either side, and the allowance for the boundary, and the runs completed by the batsmen, together with the run in progress if they had already crossed at the instant of the throw or act.”

The interpretation of Law 19.8 put forward by Mr Taufel and others is that the second run of the batsmen would only count towards the total number of runs if the batsmen had crossed when the fielder released the ball. Television pictures clearly indicated that the batsman had not crossed for the second run at the time the ball was released by Guptill and, on this basis, they argue that England should have been awarded five, rather than six, runs.

Whilst such an interpretation is perfectly valid, there is ambiguity in the drafting of Law 19.8, especially in the reference to the “instant of the throw or act”. It is not clear what constitutes (i) an “instant of the throw” (is it the winding up for the throw, or only the release of the ball), or (ii) an “act” for the purposes of this part of the Law. It could conceivably be argued that the “act” was the ball hitting Ben Stokes’ bat. Such an interpretation would mean that the award of six runs was correct as the two batsmen had crossed by the time the ball connected with Stokes’ bat. A counter argument to such an interpretation is the fact that within Law 19.8 there is only a reference to the acts of a fielder and nowhere within the provision does it reference the acts of a batsmen.

Regardless of the correct interpretation of Law 19.8, the debate is a useful reminder of the need for clarity and precision when drafting rules, laws or legal documents in order to minimize any room for ambiguity and the risk of a future dispute. At the time of writing this article, it is understood that the MCC is planning to review Law 19. It is clear that both the structuring and wording of Law 19.8 could be improved to provide greater certainty on the rules relating to overthrows.