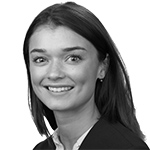 Liverpool FC may be making good progress this season, however, off the pitch they have suffered a defeat in a controversial attempt to trade mark the word ‘LIVERPOOL’.

In July 2019, the club announced that it had applied to the UK Intellectual Property Office (the IPO) to trade mark the word ‘LIVERPOOL’ in respect of a limited range of football products and services. The club argued that the trade mark was necessary in order to protect its fans from purchasing ‘inauthentic products’, in particular replica football kits which are not authorized by the club. The club already owns a large trade mark portfolio, including their emblem design and the words ‘LIVERPOOL FOOTBALL CLUB’.

The application was met with staunch opposition from other local football clubs, traders and residents who feared facing enforcement action if they used the word ‘LIVERPOOL’ on their own merchandise. The Spirit of Shankly supporters group, for instance, argued that the people of Liverpool should be allowed to use the word ‘LIVERPOOL’ freely and ‘without fear of legal letters’, and the Mayor of Liverpool, Joe Anderson, expressed his opposition to the application in the name of protecting ‘local traders and our brand’1.

On September 26, 2019, the application was rejected by the IPO on the basis that the term ‘LIVERPOOL’ held too much ‘geographical significance’ to be a trade mark.  The decision was held pursuant to the Trade Marks Act 19942 which provides that the IPO may reject trade mark applications which consist exclusively of signs which serve to designate the geographical origin of the goods.

Notably, other Premier League clubs such as Chelsea, Tottenham and Southampton have managed to register their place names successfully as trade marks. Indeed, Liverpool FC released a statement claiming that the judgment cites ‘the geographical significance’ of Liverpool as a city in comparison to less ubiquitous place names that have been trademarked by other football clubs in the UK3.

Liverpool FC reported the IPO’s decision on its website and confirmed that it does not plan to appeal the decision. The club’s chief executive officer, Peter Moore, also stated that the club ‘accepts the decision and the spirit in which it was made’4.

Addressing the controversy which had surrounded the application, Moore was also quick to stress that the application had been made ‘in good faith and with the sole aim of protecting and furthering the best interests of the club and its supporters’5.

Without sight of the actual ‘decision’ (the mark in question never got to publication), it is difficult to comment on the trade mark issues in great detail. It is however, clear that intellectual property is huge business for football clubs, and we would be surprised if Liverpool FC is the last club to attempt the trade mark registration of its place name.

We have previously discussed the intellectual property concerns surrounding the use of personal names in an article in April 2019.