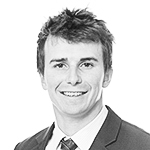 In June 2021, Polokwane City FC (Polokwane City) brought an urgent review application before the Gauteng High Court. The application sought to set aside the arbitration award granted in terms of the South African Football Association’s (SAFA) Disciplinary Rules. The outcome of this review application was important as it determined whether Royal AM or Sekhukhune United would gain automatic promotion to the Premier Soccer League (PSL).

In terms of Article 35.2 of the National Soccer League Handbook (NSLHB), clubs participating in the National First Division (NFD) must have a minimum of five players in their squad under the age of 23 and eligible to represent South Africa.

Furthermore, there must be a minimum of two under 23 players on the field throughout the duration of the match. It was common cause that Polokwane City breached Article 35.2 of the NSLHB by failing to include a minimum of five under 23 players on their team sheet in their match against Sekhukhune United on 2 January 2021. The issue in dispute related to the appropriate sanction that Polokwane City should receive for this contravention.

In line with Article 57.13.17 of the NSLHB, the disciplinary committee deducted three points from Polokwane City. As a result of the sanction, Sekhukhune United would be credited with three points and would move to the top of the table ahead of Royal AM by goal difference. This would also allow Sekhukhune United to gain automatic promotion to the PSL.

Polokwane City, aggrieved by the sanction and the resulting consequence, launched an appeal of the disciplinary committees’ sanction. The matter was then referred directly to arbitration. The arbitrator imposed a different sanction than that of the disciplinary committee, the match was forfeited and three points were awarded to Sekhukhune United. Polokwane City now sought to review the arbitrator’s award on the basis that that the sanction of forfeiture imposed by the arbitrator was irregular.

The issue before the court was whether the arbitrator exceeded their powers by incorrectly reading the relevant rules. The powers of the arbitrator are set out in Article 81 of the NSLHB rules and the judge remarked that the power to interrogate the disciplinary committee’s findings indicates that the function to be performed by the arbitrator is to merely re-evaluate what had occurred before.

Judge Sutherland highlighted the regulatory regime of football. At international level, Fédération Internationale de Football Association (FIFA) is the supreme regulator of football. In South Africa, the National Soccer League (NSL) is the regulator of professional football and SAFA is merely a member of the NSL. The purpose of this comprehensive regulatory regime in football is to ensure that where a lower body’s rules are silent on a particular issue, one may go “up the ladder” in seeking guidance on how to address the issue.

In the application, those who wished to set aside the arbitration award further argued that the NSLHB is not silent for a transgression of Article 35.2 and therefore, one could not trigger Article 29.2 of the NSLHB to search for guidance from higher regulatory bodies and that the arbitrator erred in looking at the FIFA rules.

The judge found that the silence in terms of Article 29.2 meant that where the NSLHB cannot be interpreted to provide for a particular situation, there is an anterior source of authority in which one can consult in determining how to resolve the issue. It cannot mean that because a particular rule does not specify a particular sanction, the NSLHB is silent.

An arbitrator is vested with the discretion to impose sanctions within the confinements of the NSLHB having regard of the principles of fairness and equity. If the rules of the NSLHB cannot be interpreted to provide a solution for a particular issue, football associations and other governing bodies are permitted in law to consult an anterior source of authority in determining how to resolve the issue.

The court held that no irregularity had taken place. The arbitrator applied their minds to the facts before them and was authorised to impose the sanctions. Polokwane City’s application to set aside the arbitration award was dismissed. The next step in any appeal process is either for Royal AM to approach the Supreme Court of Appeal (SCA) or the Court of Arbitration for Sport in Switzerland.