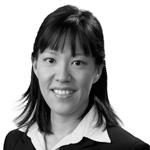 Kalypso Media Group GmbH (KMG), a German computer game developer and publisher, appealed an EU Intellectual Property Office (EU IPO) decision all the way to the General Court, arguing there was no likelihood of confusion between its EU application “DUNGEONS” for games and computer games and the earlier EU trade mark “DUNGEONS & DRAGONS”, registered by Wizards of the Coast LLC (Wizards).

Unusually, KMG even submitted that both the terms “dungeons” (the applied for mark) and “dragons” were lacking in distinctiveness in the field of computer games because of the prevalence of games with those words in the market so the earlier “DUNGEONS & DRAGONS” mark should have a limited scope of protection.  Importantly though, the General Court confined its assessment of distinctiveness to the goods specified on the trade mark register (rather than those marketed under the trade mark), finding that the terms had “at the very least normal” distinctive character.

The General Court dismissed KMG’s appeal, leaving Wizards with a powerful mark (comprised of popular terms in computer game titles) and setting an impactful precedent for the computer games industry and beyond.  As discussed below, this case raised interesting points on the scope of protection of trade marks, distinctiveness, the burden and standard of proof and the average consumer.

In 2014, KMG filed an EU trade mark application for “DUNGEONS” in classes 9, 28 and 41 (covering gaming related goods and services).  The application was opposed by Wizards on the basis that it was confusingly similar (under Article 8(1)(b) EU Trade Mark Regulation (EUTMR)) to four of its earlier EU trade marks covering “DUNGEONS & DRAGONS” in the same classes as KMG’s application.

KMG argued that “dungeons” is a popular term in games that is already included in many other trade marks in this field and so of low distinctive character, filing search results of trade mark registrations and of game titles including “dungeon(s)” and “dragon(s)”.  However, the Opposition Division set this argument aside, stating that trade mark registrations were not always reflective of the marketplace and many of the game titles in fact contained other distinctive elements with “dungeon(s)” and “dragon(s)”.  The Division also highlighted that KMG’s sign was entirely comprised of “DUNGEONS” so KMG must consider it bears “an average degree of inherent distinctiveness”.

The Opposition Division effectively reversed the burden of proof in the opposition, ruling that KMG had failed to prove that the marks were not confusingly similar: “DUNGEONS” was KMG’s sign and the dominant element of Wizards’ mark so they were visually and phonetically similar to an above average degree and conceptually similar to a moderate degree (for the English-speaking public).

First hit to KMG - Wizards’ opposition upheld by the EU IPO’s Opposition Division in respect of all goods and services.

In April 2018, KMG appealed the decision to reject its application in its entirety to the EU IPO Board of Appeal but was again unsuccessful.

Second hit to KMG, the Board dismissed the appeal.

KMG appealed the decision of the EU IPO Board of Appeal, asserting that the Board had erred in its assessment of three grounds, which the General Court went through in turn in its judgment:

Final round: the outcome

Third hit to KMG: The General Court dismissed KMG’s appeal.  The Court determined, given the similarity of the goods/services and between the signs, that there was a likelihood of confusion on the part of the relevant public between “DUNGEONS” and the earlier “DUNGEONS & DRAGONS” marks.

This is a decision which could have a significant impact on the gaming industry as the General Court’s assessment that computer games are no longer for a “specialised” consumer means applicants will have to take care to conduct prior trade mark clearance searches when developing game titles to avoid earlier rights.  The average consumer for computer games has been determined to pay only an average degree of attention, in part because the market for these games has become less marginal and the average consumer must represent this broader range.  Wizards is left with a relatively broad scope of protection for its “DUNGEONS & DRAGONS” marks and, with multiple trade mark registrations encompassing other popular terms for computer game titles (e.g. war, champions, conquest, heroes, battle, fury, warrior, magic, etc.), it finds itself playing with an advantage over its rivals.