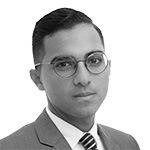 As previously discussed, esports gambling is a growing industry. Recently, Bill C-13: An Act to amend the Criminal Code (single event sport betting) (“Bill C-13”) was introduced. If passed, Bill C-13 will amend specific sections of the Criminal Code to decriminalize single event sport betting on any sporting event, except horse racing (which would continue to be regulated by the federal government), across Canada. Bill C-13 is awaiting its second reading. Another bill, Bill C-218, which we previously profiled, has a similar objective and passed its second reading in the House of Commons with overwhelming support. The House of Commons Standing Committee on Justice and Human Rights is currently reporting Bill C-218 with an amendment regarding the horse racing exception.

Under either bill, provinces and territories would be permitted to regulate and license single event sport betting, which may potentially include single event esports betting. While such a development would be a significant one for the esports and gambling industries, it also raises important considerations about protecting the integrity of esports tournaments.

The term “match-fixing” refers to fixing the result of a game, often for the purpose of obtaining financial gain. In traditional sports, match-fixing coincides with major sponsorship losses, audience losses and the loss of legitimacy. As with traditional sports, match-fixing presents a serious threat to the future of esports. As the esports industry continues to experience rapid growth, illicit activity within the sport has garnered media attention. Such illicit activities by bad actors are particularly harmful for a relatively new sport that is establishing itself as a serious, professional and transparent sport.

One of the rationales behind the introduction of Bill C-13, as well as Bill C-218, is the creation of a safe and regulated betting environment for single event sport betting, and the reduction of organized crime.

Notably, however, while Section 209 of the Criminal Code prohibits individuals from cheating in any game with the intent to defraud any person, the Criminal Code does not have specific provisions directly prohibiting match-fixing, and the passage of Bill C-13 or Bill C-218 would not change this. In fact, it has been acknowledged that the current prohibition on single event sport betting, set out in Section 207(4)(b) of the Criminal Code, is a means of indirectly preventing match-fixing. This is because the likelihood of being able to fix the results of a single sport event is believed to be much higher than the likelihood of being able to fix results through the current legal “parlay” method, a single bet that links together two or more individual wagers and is dependent on all such wagers winning together. Accordingly, the amendment of Section 207(4)(b) through Bill C-13 or Bill C-218 may potentially remove an existing check on match-fixing activity. As such, it is especially important to ensure that sports industries, such as the esports industry, have proper checks and balances in place to prevent match-fixing.

As it stands, there is no single esports governing body. With that said, the industry has taken steps to regulate itself. For example, the Esports Integrity Commission (“ESIC”) is a non-profit members’ association that works with volunteer esports stakeholders to protect the integrity of esports competitions. ESIC members, which include tournament operators, esports leagues, game developers, and other key industry figures, have agreed to abide by and to enforce an Anti-Corruption Code (the “Code”). As part of its role, ESIC agrees to investigate and sanction violations on behalf of its members. Under Article 1, the Code applies to any “Participant,” a broadly defined term that includes players, coaches, managers and team owners who participate in matches. Match-fixing is a breach of the Code under Article 2. Finally, Article 6 outlines sanctions that ESIC can impose for match-fixing, which may include issuing a ban against any Participant in question or imposing a fine.

In certain instances, law enforcement and industry regulations such as the Code can work hand-in-hand. For example, ESIC may refer matters to the applicable law enforcement. Recently, ESIC and the E-Sports Entertainment Association (ESEA) sanctioned several individuals in Australia for, among other things, placing bets on games in which they and/or their team participated and from which they earned income. In addition to ESIC’s own sanctions, ESIC referred the matter in its entirety to law enforcement for a potential criminal investigation.

Future outlook of match-fixing in esports

With the introduction of Bill C-13 and Bill C-218, Canada has signalled its support for regulated sport betting. The enactment of either bill would offer a safe alternative to illegal betting, but would also eliminate a legislative safeguard thought to protect against match-fixing, making it important for the various sports industries to monitor their own sports to ensure there are no illicit activities. As the esports industry continues to mature, so too will its self-regulation against activities such as match-fixing that affect the sport’s integrity.

We will continue to monitor the status of Bill C-13, Bill C-218 and other legislative and industry developments regarding match-fixing and other illicit activities in esports.

The author would like to thank Lila Yaacoub and Lauren Rennie, Articling Students, for their assistance in preparing this legal update.