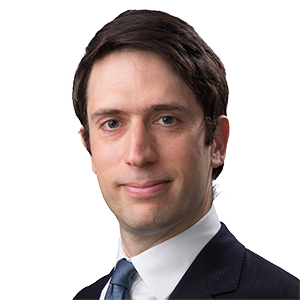 Nile Air (Nile) is an Egypt-based airline. Nile leased three aircraft from the claimants, who are aircraft leasing companies (the Claimants). Nile subsequently failed to fulfil its payment obligations under the various lease agreements. In September 2020, the Claimants commenced proceedings and successfully obtained summary judgement against Nile for approximately USD 4.4 million. Nile failed to pay.

The International Air Transport Association (IATA) is a trade association of airlines across the globe. One of the services it offers is its IATA Currency Clearance Service (ICCS), which allow airlines to accept payments globally and repatriate foreign proceeds to their home countries. IATA owed Nile approximately USD 450,000 (the Third Party Debts), mostly under ICCS. The Claimants sought a third party debt order against IATA under CPR Part 72, as such an order would have compelled IATA to pay the Claimants the monies it owed to Nile. The Claimants were granted an interim third party debt order, which Nile challenged at the hearing to decide whether to make the order final.

Nile objected to this order on the grounds that:

To address the issue raised in the second ground for objection, the Claimants sought and obtained a further third party debt order to capture debts that might have or had fallen due after the first one (and is not discussed further here).

The decision about jurisdiction

Taking these points in turn, the Court decided:

Therefore the Claimants failed to obtain a final third party debt order against IATA which would have satisfied some of Nile’s debt to the Claimants.

This case now firmly establishes that where a debt is owed under terms and conditions that includes an exclusive jurisdiction clause for another country, there is a risk that the English Court will refuse to make a final third party debt order. This is because there might be a risk that the third party would need to pay twice, and this will depend on analysis of the law of the foreign jurisdiction. This is particularly relevant to banks and financial institutions, which are often the targets of third party debt orders and might be at risk of paying twice. For claimants, defendants and targets for such an order, it is important to be aware of the jurisdiction clauses in the relevant contracts, and the related foreign law issues that arise.