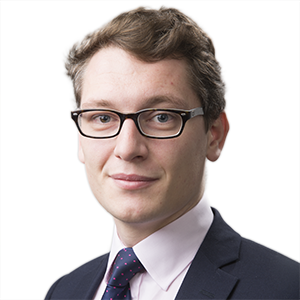 A recent decision in the High Court has again demonstrated the dangers of referring to privileged material during proceedings.

SciPharm Sarl v Moorfields Eye Hospital NHS Foundation Trust [2021] EWHC 2079 (Comm) concerned a dispute between two parties who had entered into a pharmaceutical development agreement. Following the Defendant’s (Moorfields) loss of its ‘good manufacturing practice’ status, the Claimant (SciPharm) brought a claim against the Defendant, alleging that its loss of the good manufacturing practice status was a breach of the development agreement, and had caused the Claimant significant losses.

As part of the dispute between the parties, a question arose as to their subjective intentions at the time the development agreement was negotiated. In support of its position, the Claimant relied upon witness evidence that referred to both a work sharing agreement with a third party and conversations between the Claimant’s solicitors and a former employee of the Defendant.

The Defendant sought disclosure of both the agreement and any notes of the conversations, pursuant to CPR 31.14.

The first question HHJ Pelling QC (sitting as a judge in the High Court) had to consider was whether the documents referred to in the witness statement had been ‘mentioned’, as this would satisfy the test for disclosure in CPR 31.14. In relation to the work sharing agreement, the Court held it had been sufficiently mentioned for the purposes of CPR 31.14. In relation to the conversation between the Claimant’s solicitors and the former employee of the Defendant, it was suggested that it would be ‘unreal’ to suppose that the information referred to in Claimant’s witness evidence could have come from anything other than an attendance note or a memorandum in writing. The Court held that in the absence of any explanation in the witness evidence as to where this information had come from, an inference was to be drawn that it must have been by via an attendance note. The Court went on to hold that any such note had therefore been mentioned when the conversation was referred to in Claimant’s statement.

The second question the Court then had to consider was whether privilege over the note had been waived, as a result of the implied reference in the Claimant’s witness evidence to that note. Based upon the facts of the case, any note would be covered by litigation privilege. Applying Magnesium Elektron v Neo Chemicals and Oxides (Europe) Limited [2017] EWHC 2957, the Court considered the question of waiver by assessing whether the contents of the document were being relied on, rather than its effect. In the view of HHJ Pelling QC, the Claimant had sought to rely upon the content of the note, and the reference in the witness statement was more than a passing reference to its existence. The Court also added that it would be unfair for the Claimant to rely upon certain information concerning the conversation, without disclosing the underlying notes of the conversation. As a result, it considered privilege over any notes of the conversation to have been waived and its disclosure was ordered.

This case provides a useful reminder to parties of the need to exercise care when referring to documents in proceedings, particularly if the document is privileged.

It is also interesting to note the Court’s approach to the assessment of waiver of privilege, in light of recent decisions. While HHJ Pelling QC assessed the question of waiver by reference to whether the content or effect of the document was being relied upon, other recent decisions of the High Court (such as PCP Capital Partners LLP and another v Barclays [2020] EWHC 1393 and Guest Supplies Intl Ltd v South Place Hotel Ltd and another [2020] EWHC 307) have emphasised the need to focus more on the level of reliance a party is placing upon that privileged information, as well as the purpose and context. Only time will tell which of these tests becomes the preferred approach when assessing the waiver of privilege.