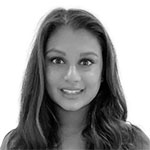 The recent Commercial Court decision in Euronav NV v Repsol Trading SA (mt MARIA) [2021] EWHC 2565 (Comm) sets out the general rules for determining times/dates where an agreement is silent as to the applicable time zone.

The Court held that a claim for demurrage by the Claimant (Euronav) against the Defendant (Repsol) was contractually time-barred.

Euronav owned the vessel m.t. Maria, which Repsol chartered under a voyage charterparty (the Charterparty). The vessel spent time on demurrage, before discharging in California on the evening of 24 December 2019, local time.

Euronav subsequently submitted a demurrage notice – for the failure to load/unload the vessel – to Repsol for USD 487,183.12 plus interest (the Demurrage Claim).

Repsol argued that the Demurrage Claim was time-barred.

Repsol contended that the relevant time zone was the place of discharge of the contract, California, whereas Euronav contended that the relevant time zone was either (i) the location of the recipient or sender of the required notice (Spain/Belgium); or (ii) the governing law of the Charterparty (England). Under either of Euronav’s approaches, completion of discharge had been in the early morning of 25 December 2019.

The parties agreed that the notification of the Demurrage Claim had been made on 24 January 2021; 31 days after 24 December, and 30 days after 25 December.

Henshaw J considered general principles of contractual interpretation including determining the objective meaning of the language used by the parties, a textual analysis of the agreement, and “the paramount desirability for certainty”.

The judge underscored the purpose of a demurrage time bar provision, which is to allow the recipient of a demurrage claim to investigate and verify or dispute the claim soon after the events giving rise to the claim take place. Therefore, the time bar provision should be construed with the purpose of clarity and certainty as it has the potential to time bar an otherwise valid claim.

Mr Justice Henshaw considered the specific context of charterparties and the shipping industry, and concluded that in relation to events such as delivery of a ship and payment of hire the starting point should be that “the date of an event should normally be determined using local time at the place where the event happened.”

Henshaw J held that the local time at the place of the discharge should be used to determine the date of completion of discharge. The “ordinary and natural approach” is to allocate to an event the date that was current in the place where it occurred. The discharge of cargo from a vessel is a tangible physical event which takes place in a specific location and therefore in a particular time zone and as such the date and time of the discharge itself should be used to fix the date of completion of the discharge. It is also a date that is usually recorded in contemporaneous documents and accords with the general expectations of contractual counterparties. This approach avoids confusion between different time zones and using a local time zone creates a “single, clear and easily ascertainable” date of completion. Henshaw J characterised this approach with the phrase ‘time as a local concept’.

Henshaw J also commented that it is not essential to apply the same time zone at the beginning and end of a notice period.

Consequently, the Demurrage Claim was time-barred and Respol were entitled to judgment.

Where there is ambiguity as to which time zone applies to a contractual obligation, English courts will apply common sense to allocating a time zone to an event. In the case of a tangible physical event, the ordinary and natural approach will be to apply the time zone of the relevant action. This may apply even when it would lead to different time zones being used to determine the beginning and end of a time period.

However, the court will consider the relevant commercial practices, authorities and need for legal certainty. Consequently, where parties intend for specific time zones to be used to determine the dates, the contractual documents should expressly provide for this.