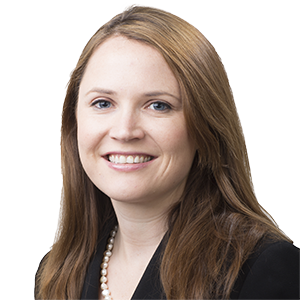 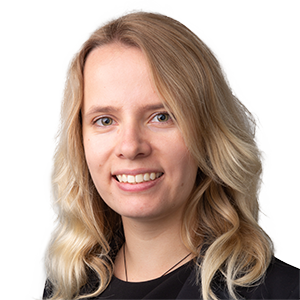 Last month, the UK Jurisdiction Taskforce (UKJT) published its Digital Dispute Resolution Rules (the Rules), a revolutionary set of arbitration rules designed to provide a framework to govern disputes relating to disruptive novel technologies, such as cryptoassets, smart contracts, and distributed ledger technology (DLT) applications, e.g., blockchain or ethereum. It is an important step in a series of recent Government’s efforts to strengthen the digital credentials of the UK legal sector and showcase its readiness to embrace disruptive technologies, with the aim of making the UK the jurisdiction of choice for innovative businesses and cutting-edge transactions.

A timely and much needed publication

An increasing number of our clients see blockchain and digital assets as part of their strategy to drive cost and operational efficiencies. Some are market leaders in this area; others face direct competition to their traditional business models from disrupters in emerging sectors such as fintech, cleantech, insurtech, healthtech and lawtech. The UK has seen the third-highest level of venture capital investment in the tech sector globally (for more see our FinTech Hub). Digital disruption spans all sectors and as seen recently by eye-watering prices reached by auctions of digital-only property, music and art, the variety of transactions done on a purely digital basis is booming and likely to continue to grow.

As more investors and assets move to digital, both seasoned market participants and the disrupters across all sectors are likely to face disputes concerning these new technologies. Accordingly, an on-chain arbitration process tailored to digital assets, such as that proposed by the UKJT, will be welcomed by the market.

Should you consider using the Rules?

Arbitration is an attractive dispute resolution method for a wide range of digital technologies due to its flexibility, as well as the favourable international enforcement regime of the New York Convention. However, the precise means by which arbitration can and should be adapted to integrate with these technologies remain far from clear, so an attempt at standardisation of that process is welcome and we hope that the new Rules will provide a much needed impetus for further developments in this sphere.

Some of the key benefits of the Rules include:

When may the Rules be less appropriate?

Clients should consider a number of points before they commit to adopting the Rules:

The answers to these questions will invariably depend on the facts of the dispute and the parties involved. In our view, the questions related to enforcement and to the powers of the appointing body and the tribunal are two most important things to consider before signing up to use the Rules.

Firstly, to be truly efficient the on-chain enforcement mechanism envisaged by the Rules requires the cooperation of both parties  who willingly give the tribunal control over the digital assets in question, so that the arbitrator may automatically enforce the award. This may be a viable approach in some cases but it may not always be appropriate. Experienced arbitrators are likely to be able to suggest the best approach to enforcement and quantifying the compensation payable to the innocent party, but the risk of handing over the key to digital assets remains high, as is the impact on the liquidity of the party who has ownership of its asset “frozen”. From an international enforcement perspective, enforcement of the awards may not always be possible under the New York Convention, as some governments may rely on the public interest exemption to prevent digital assets being dealt with through international arbitration, or foreign arbitrators having access to certain types of national DLT networks.

The appointing body and the powers of the tribunal

Secondly, the Rules give the appointing body, the Society for Computers and Law (SCL), and subsequently the tribunal, an almost unfettered discretion as to procedural matters, from the selection of arbitrators, to whether the matter will be decided on paper only. This has its advantages, as it ensures a faster process without the back-and-forth between the parties on matters such as timetable and the extent of evidence to be provided. However, it also deprives the parties of one of the key benefits of arbitration over court proceedings, which is the ability to take more control over the entire process. Under the Rules there is no mechanism for opposing an arbitral appointment or a decision of the tribunal to dispose of the oral hearing. This is unusual in arbitration. Coupled with an ambition that the disputes be resolved within 30 days from the formation of the tribunal, this may mean that in practice the parties end up with a fast but perhaps not as thorough a process as they might have wished for. This is particularly important given that the parties forgo the right to appeal on a point of law (which is not unusual in institutional arbitration, but may not be desirable given the speed of the process under the Rules).

It is also to be expected that until SCL provides further information about how it is going to fulfil its role as an appointing body the market is likely to remain cautious about using the Rules. SCL has not yet published any information as to who will be on its list of available arbitrators, how they will be selected, or what SCL’s fees are going to be. The reliability of SCL as an appointing body, yet untested, will be a crucial factor in whether the Rules gain market adoption.

Finally, although the Rules themselves are relatively comprehensive, there are matters not explicitly dealt with in the document which are mandated by the Arbitration Act 1996 and clients who decide to adopt the Rules are encouraged to seek legal advice on what provisions of the Act are likely to apply to their circumstances.

[1] The UKJT is a part of LawtechUK, a legal innovation initiative funded by the Ministry of Justice.

[3] The US and China being the two top countries for VC tech investment, Tech Nation Report 2021: https://technation.io/report2021/#global-tech-investment

[4] We have recently seen unprecedented interest from investors and the general public alike in non-fungible tokens (NFTs), a technology that creates a unique digital token for an asset such as art, property or music. Recent sales of NFT-based assets resulted in eye-watering prices (e.g., £50 million for a digital-only artwork sold last month at London’s Christie’s auction house) and the NFT market, dubbed “the digital answer to collectables”, is likely to continue to grow.