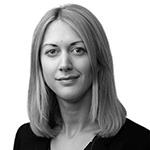 While both shareholders agreed that Mr Gilsenan was entitled to purchase Mr Monaghan’s shares, they could not agree on a price. Mr Gilsenan had offered £175,000 for Mr Monaghan’s 24.99% shareholding, Mr Monaghan considered that a fair value for his shares was approximately £350,000.

Mr Gilsenan was ultimately able to effect the share transfer himself using a power under the articles.  However, several years later, Mr Monaghan commenced legal proceedings under s994 Companies Act 2006 on the grounds that the company had been run in such a way that his interests had been unfairly prejudiced.

Critical to the question of what constituted “fair value” was whether Mr Monaghan was entitled to a pro rata portion (24.99%) of the total value of the company. In his calculation, Mr Gilsenan had discounted the value of Mr Monaghan’s shares to reflect the fact that it was a minority shareholding giving the holder no control over the company.

What was the decision?

The court agreed with Mr Gilsenan that a discount should be applied.

In reaching its decision, the court applied the usual principles of contractual interpretation. However, the court noted that while a company’s articles of association are a contract between it and its members, they do have some distinguishing features: (i) typically, the articles of association are not usually the subject of commercial negotiation; and (ii) articles are public documents, so they need to be capable of being understood by anyone who reads them.

With that in mind, the court did not take all of the factual background into account when reaching its decision, and instead focused on the natural meaning of the words, how they were used, any readily ascertainable facts about the company and commercial common sense.

The court found that there was nothing in the articles that explained what the words “fair value” meant and rejected Mr Monaghan’s argument that the 2013 International Valuation Standards Council (IVSC) definition of “fair value” should apply, as the articles did not refer to such standards and in fact those standards had been superseded in any event.

Important to the court’s decision was the wording of the articles, which stated that “the consideration for the Sale Shares …” was to be their “fair value”. This suggested that the emphasis was the property and not the shareholder.

The court also followed previous cases where it had been found that a discount should be applied to a minority shareholding.

The decision provides a useful reminder of the potential pitfalls involved with valuation clauses. The following lessons can be learned.

With thanks to Cole Chase for his assistance with this post.