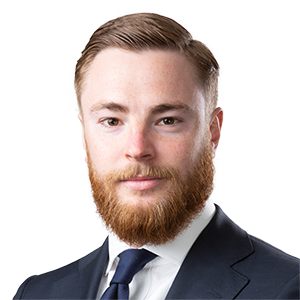 On 7 January 2021 HM Treasury published a call for evidence on a proposed expansion of the UK’s regulatory perimeter to stablecoins, whilst also seeking input on investment and wholesale use cases for cryptoassets (the CfE). The CfE is a further step in HM Treasury’s broader policy approach to cryptoassets, following the close of its consultation on 26 October 2020 detailing measures to expand the UK’s financial promotions regime to a wide constituent of cryptoassets.

The CfE confirms that the FCA’s broad approach to the categorisation of cryptoassets as detailed in its existing Cryptoassets Guidance (PS 19/22) will be maintained as far as possible. That guidance segments cryptoassets into three main categories: security tokens, which fall within the UK’s regulatory perimeter as a form of specified investment under the Financial Services and Markets Act 2000 (Regulated Activities) Order 2001; e-money tokens which satisfy the definition of electronic money under the Electronic Money Regulations 2011; and unregulated tokens, which are not currently within the scope of the perimeter. Unregulated tokens primarily comprise of utility tokens and exchange tokens. Stablecoins can take any form, but to date they have largely comprised of either e-money tokens or unregulated tokens.

What then, is the starting point for the new regime? The Government is cognisant that any expansion of the regulatory perimeter with respect to cryptoassets needs to be taken on a phased basis. On that basis, HM Treasury confirms that unregulated tokens and associated activities relating to speculative investment purposes could initially remain outside the scope of the perimeter, with utility tokens also remaining unregulated. HM Treasury considers that the first step is to bring stable tokens used as a means of payment within the scope of regulation, which would cover those assets themselves and their issuers and other firms providing services in relation to them. The Government will keep this approach under review and may bring other forms of cryptoasset within the scope of this regime in the future.

A summary of the proposals for the new regime is set out below:

The takeaway from the CfE is that the regulatory environment for cryptoassets continues to evolve. These proposals, if implemented, would expand the scope of the UK’s regulatory framework when it comes to cryptoassets, but would be unlikely to significantly expand it in this first phase given the currently low level of prevalence for stablecoins versus other forms of cryptoassets. What is clear, however, is that the CfE represents the commencement, and not the culmination, of a trend in UK financial services policy that is likely to see increasing focus placed on cryptoassets and their relationship with regulation, which will no doubt bring changes that the industry will need to adapt to. The CfE closes on 21 March 2021.